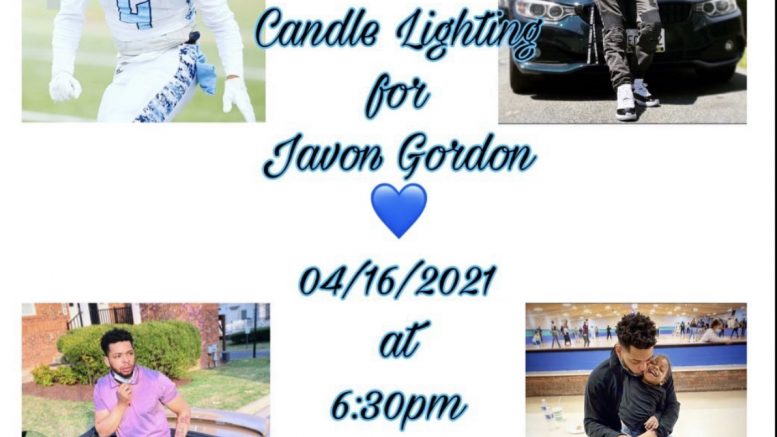 A candlelight vigil will be held for Javon Gordon at Clarksburg High School this evening at 6:30pm. Javon was shot and killed on the 12900 block of Ethel Rose Way in Boyds this past Tuesday.

An arrest was made earlier today. Update and original release available below.

Homicide Arrest: Rodjaun Orlando Neil-Williams, 19, of Clarksburg, has been arrested and charged with the second-degree murder of 23-year-old Javon Jamal Gordon of Boyds. News release will be issued later today. Bond review today at 1:00 pm.

Detectives from the Major Crimes Division are investigating the homicide of 23-year-old Javon Jamal Gordon of Ethel Rose Way in Boyds.  Investigators do not believe this was a random incident.

On Tuesday, April 13, at approximately 6:52 pm, the Emergency Communications Center (911) received a call for the report of a shooting in the 12900 block of Ethel Rose Way in Boyds.  5th District officers responded to the area and located Gordon laying in the street suffering from an apparent gunshot wound to his upper body.  Residents had already begun to administer CPR and responding officers continued to attempt these lifesaving measures.  Fire and Rescue personnel also responded to the scene.  Despite the lifesaving attempts, Gordon was pronounced deceased at the scene.

Preliminary investigation by Major Crimes detectives has determined that Gordon briefly interacted with the suspect(s),who were in a vehicle, before he was shot.  The suspect(s) then fled the area in the vehicle.

Be the first to comment on "Arrest Made in Boyds Murder, Vigil for the Victim to be Held This Evening at 6:30pm"