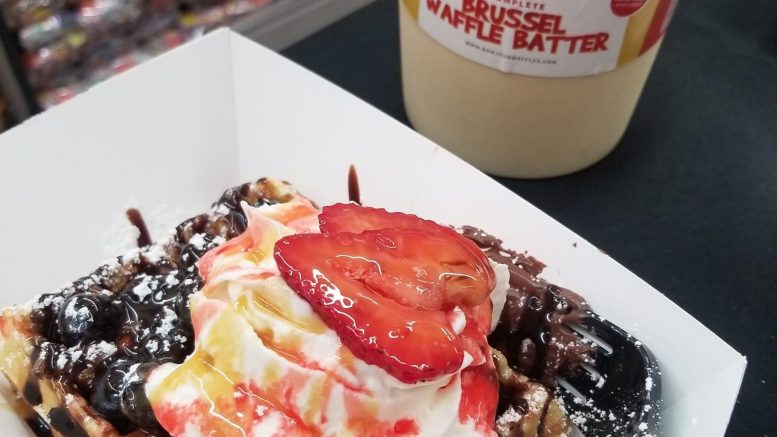 Bonjour Waffles has signed a two year lease at Westfield Wheaton mall. It’s located on the first floor at the kiosk formerly occupied by Dippin’ Dots.

Bonjour Waffles got its start as a food truck in Downtown Silver Spring back in 2017.

From their website:
“BONJOUR WAFFLES aims to offer the sweet taste of authentic delicacies from Paris which are crêpes and from Belgium, Brussels waffles and Liége waffles.
No need to travel to Belgium or Paris to taste the greatest waffles and crêpes known to mankind. We bring it to you!” 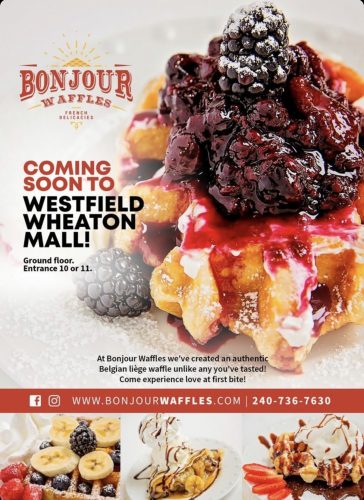 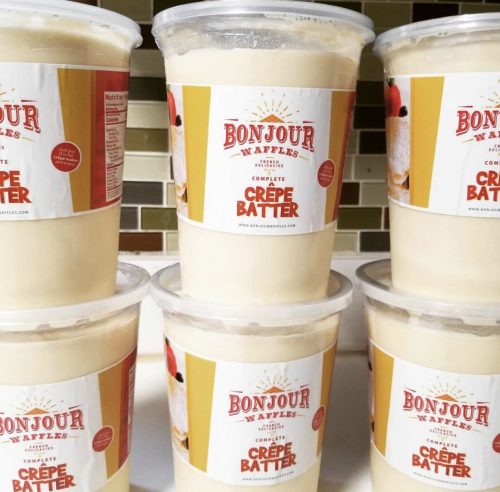