Bill Gibson stripped down his 1978 Lincoln and was able to convert it into the Batmobile from the 60s Batman TV show entirely on his own.

Since Halloween of 2016, you may have seen Bill and his Batmobile driving around town, in the Burtonsville Day Parade, or visiting places like the Children’s Inn at NIH or the Carl Sandburg Learning Center to brighten the day of children from our area.

The Burtonsville resident has now added a new toy to his bat cave, The Batcycle. With the help of Levi Nelson (paint) and Rodger Nelson (graphics), Bill has built a replica of the Batcycle– including a sidecar for Robin.

Back in 2019, Gibson’s Batmobile was rear-ended by a Toyota SUV that tried to drive off but was quickly caught up with by the Batmobile. “Can you imagine some trying to run from the Batmobile?” William told us.

The Batmobile has since been repaired and now has a new friend to hang out with in the Bat Cave. 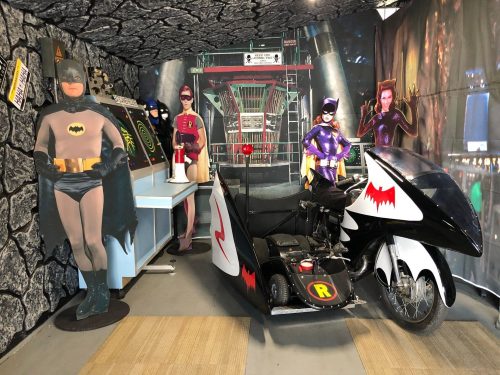 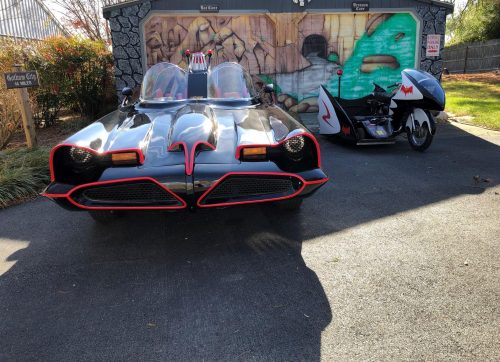 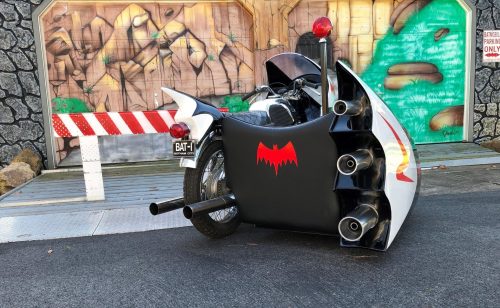 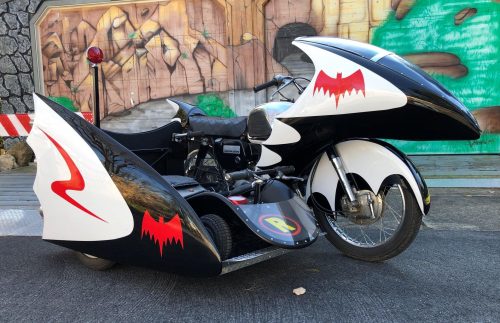 Man Sentenced to Life in Prison for ‘Execution-Style...

MCFRS Respond to House Fires on May 23...

Adult and Child Rescued After Canoe Tips Over...

McKnew Park in Burtonsville Will Have a New...

Thanks for the story guys. Great Job. Yep, I do the fabrication, but Levi Henson and Rodger Nelson made the Bat Cycle look good with the Paint and Graphics. And Paul Quattro’s Burtonsville Auto Body did the paint on the Batmobile, and the repairs when it was rear ended.
Bill G.