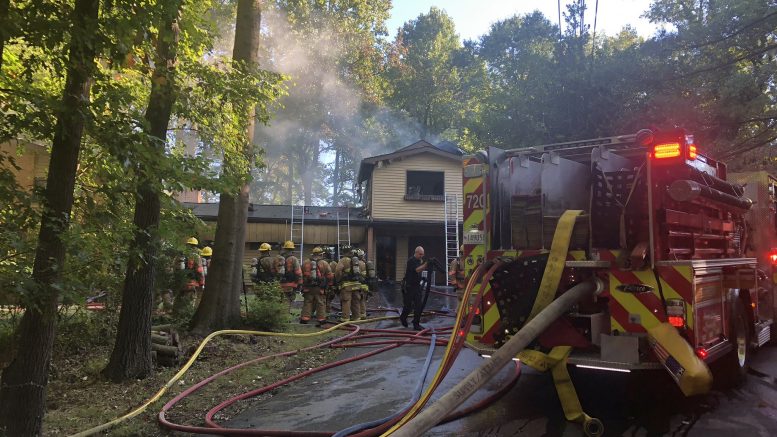 9/30 Update: The cause of yesterday’s fire at a home on Danville Dr. in Rockville was a combustible too close to a heat source (light bulb) on the rear deck of the home.

85 MCFRS firefighters responded to the call. Damages are estimated to be around $350,000.

A family of six (2 adults/4 kids) was displaced.

Chief Spokesperson for Montgomery County Fire and Rescue Pete Piringer is reporting that there was a large, single family house fire on the 11600 block of Danville Dr. in Rockville around 4pm today.

All occupants of the home evacuated safely and there were no injuries reported. Video below: