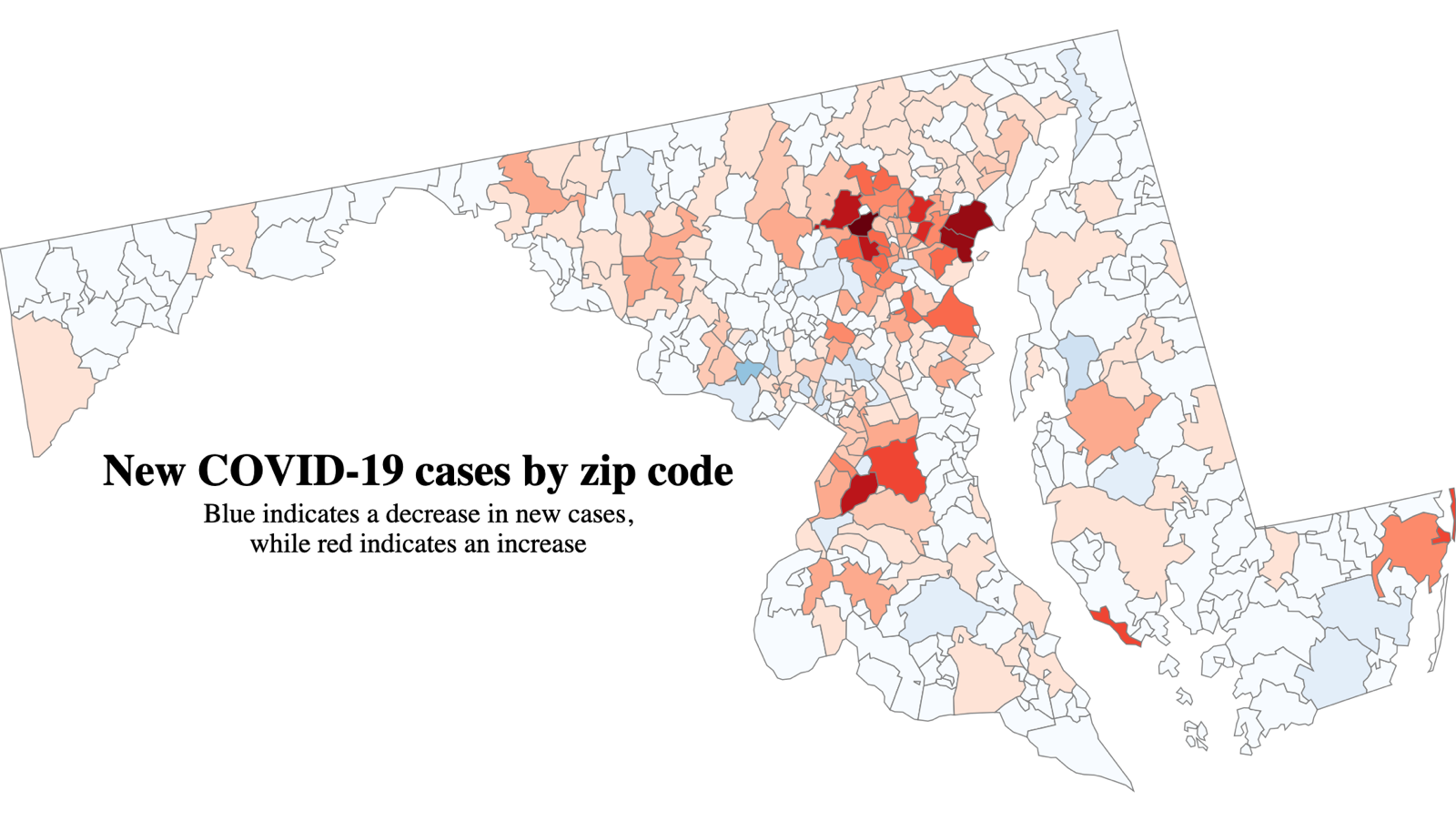 Maryland pauses reopening as cases spike in the Baltimore region.

Gov. Hogan announced the pause in a Wednesday press conference, pointing to an increase in hospitalizations across the state.

As COVID-19 spreads again in Maryland, the Baltimore region has a disproportionate amount of the newly reported cases: Though the region—encompassing Baltimore, Baltimore County, and Anne Arundel County—has 33 percent of Maryland’s population, it has 45 percent of new cases. 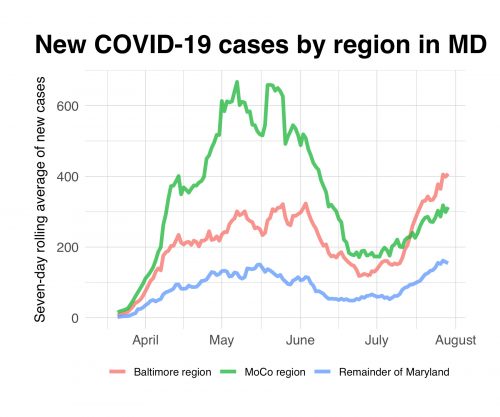 On the other hand, the MoCo region—Montgomery, Prince George’s, Frederick, and Howard counties—has 42 percent of the Maryland’s population and 36 percent of new cases. 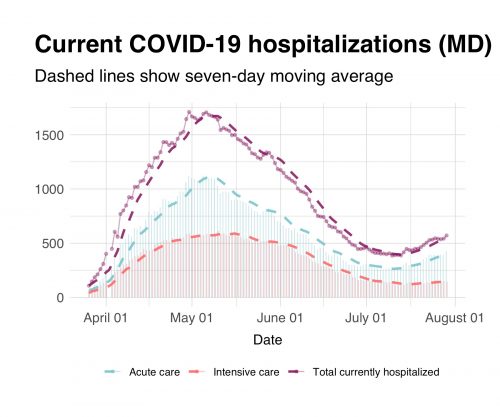 We reported last week that hospitalizations are slightly increasing in Maryland. In Montgomery County, the number of currently hospitalized residents has remained stable around 100. 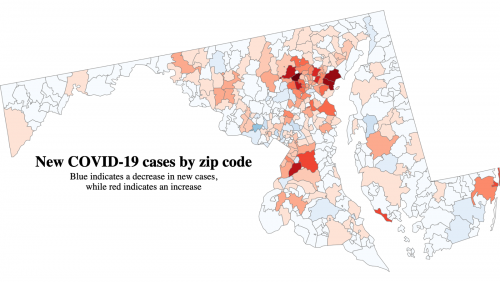 The map shows the new cases over the past two weeks in Maryland at the zip code level. Some zip codes in the Baltimore area are dark red, indicating a high increase in new cases. Some Prince George’s County zip codes are facing steep increases, too. Ocean City, the Eastern-most zip code in Maryland, has also seen cases rise.

Barbers and Brew in Soft Opening Phase in Rockville

43 Burger, a Tom Wilson and Clyde’s Collaboration, is Now Available