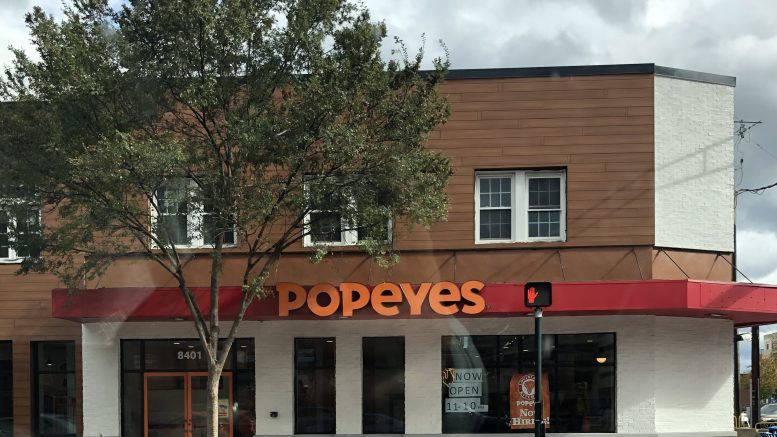 Popeyes has opened its Downtown Silver Spring location, according to signage in the window that was first seen yesterday (Now open 11-10pm).

We first reported back in October that Popeyes will be taking over the space that was left vacant by Bombay Gaylord in 2015 at 8401 Georgia Ave. in Silver Spring. Bombay closed after a fire destroyed the restaurant and the owners have since opened Nirvana Indian Cuisine in Olney back in late 2018.

The international fried chicken chain has recently opened restaurants in Briggs Chaney and in the Kentlands neighborhood of Gaithersburg.
The popular Quarry House Tavern can be found in the basement the building.

Requests for Injunctions Against Montgomery County Filed Over Restaurant Restrictions