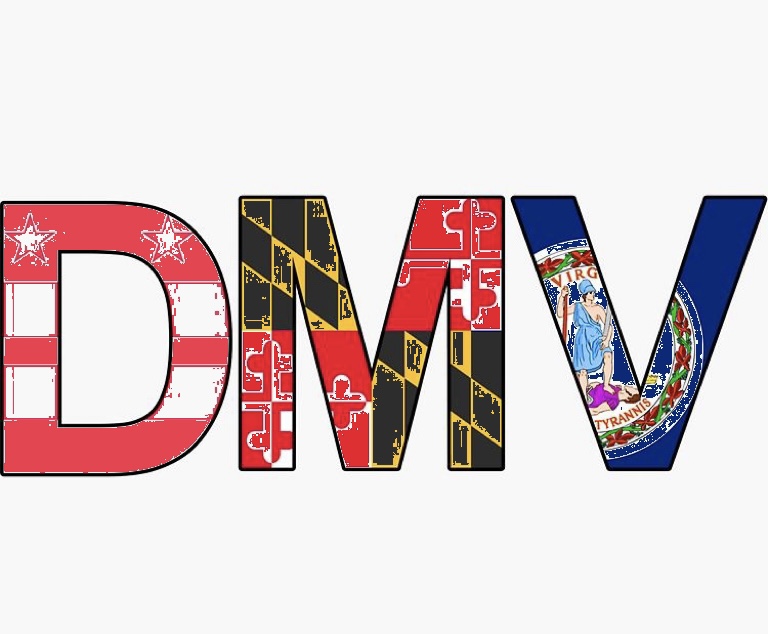 The Story Behind “The DMV”

When the regional nickname “the DMV” rose to popularity in the 2000s, locals jumped on it. Once obscure, it can now be heard in daily conversation or on the radio and news.

It appears in several of locally grown rapper Wale’s tracks, and Nicki Minaj gave it a shoutout in her song Beez in the Trap. You might also find it in the Twitter or Instagram bio of a person who wants to show off their local roots.

But where did this nickname come from, and who is officially a part of the DMV? Why does it have such a hold over the region?

To outsiders, the acronym may conjure the thought of long lines at the Department of Motor Vehicles, but within the local area it is generally accepted to stand for D.C., Maryland, and Virginia. Though a staple for the past decade, the moniker’s origin is murky.

Some believe it was coined by Craigslist sellers who simply wanted a convenient way to abbreviate the three regions, however, a further look uncovers roots in the area’s rich music scene and reveals a deeper cultural significance. According to a 2010 Washington Post interview with Sidney Thomas, author of “Diamonds in the Raw,” a history of local rap, there are three major theories on where “the DMV” came from.

For one, D.C. rapper 20Bello claims he popularized the name after hearing it from go-go musician Kibwe Galloway in the early 2000s. Galloway would shout it at performances and over records he produced to “try to break the wall” between urban and suburban fans.

A second theory is that local hip-hop promoter Dre All Day in the Paint started using it to promote local clubs and venues in the mid-90s and local radio stations quickly caught on. Like 20Bello, Dre All Day was inspired after hearing it from another musician and pledged to make it “nationally and world renowned.”

Another possibility is that a D.C.-based rap group called the Target Squad’s popular “DMV Mixtape” spread the nickname beyond the District.

The origin may remain a mystery, but what matters most is that the nickname, like countless cultural phenomena, is owed to hip hop culture.

It was originally promoted in the early 2000s to unify rap fans in the city with fans who had been pushed into nearby suburbs by gentrification. It also served as a regional umbrella under which up-and-coming talents could promote themselves, and expanded the scope of the D.C. rap scene so it could compete with bigger players like New York, Los Angeles, and Atlanta.

Who exactly gets to claim the DMV is another part of the mystery. Today most agree that it includes all of D.C. and parts of the M and V, but which parts exactly is debatable. Montgomery County usually makes the cut, but there is argument over whether places like Baltimore do.

It seems there was some dispute even back when it was first created. 20Bello says the DMV includes not only the entirety of the District of Columbia but the entire states of Maryland and Virginia as well. Dre All Day says it extends along I-95, reaching Baltimore, Richmond, and Norfolk. Galloway was only talking about the Beltway.

Ambiguities aside, the significance the DMV name has to our area should be celebrated. Now we finally have a nickname on par with San Francisco’s Bay Area or Atlanta’s A-Town. Most importantly, it promotes a sense of solidarity between people of three different regions and unifies us under a shared culture.

Tired of Dodging Potholes on Your Street? You Can Ask MoCo to Fix Them!

3 Comments on "The Story Behind “The DMV”"