We first let you know the news of Wawa’s impending arrival in May of 2019. Wawa will be taking over the old Becraft Antiques location on 355, across from Gaithersburg High School at 405 S Frederick Ave. Nearly 3 years later, fencing has gone up and demolition has begun in preparation for construction at the first MoCo location for the convenience store/gas station that serves fresh and built-to-order foods, beverages, coffee, and more.

Construction for the recently opened Royal Farms location in Gaithersburg took just under one year from start to opening day, so we expect a first half of 2023 opening for Wawa if construction begins as anticipated. There have been plenty of delays, so there are no guarantees. 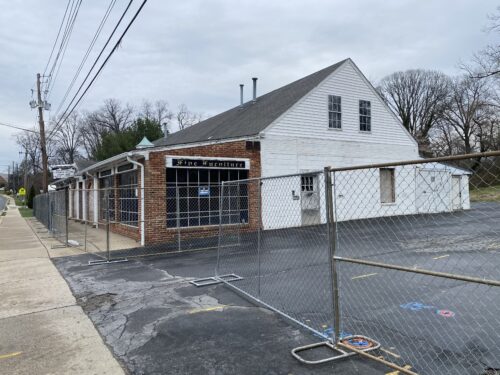 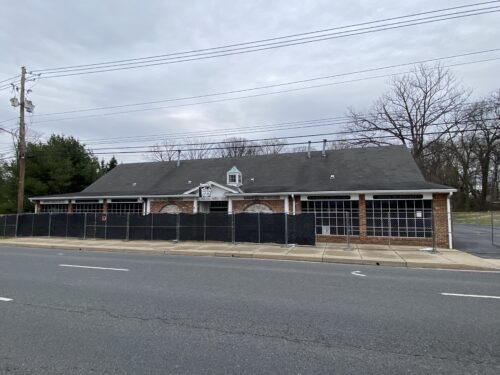 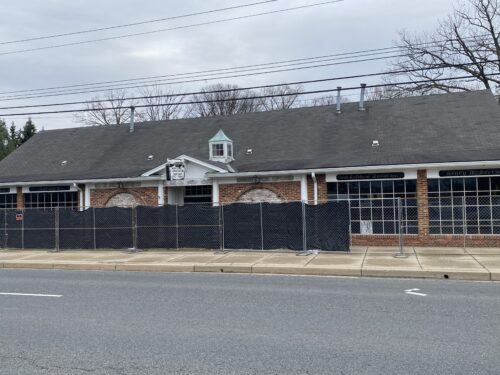 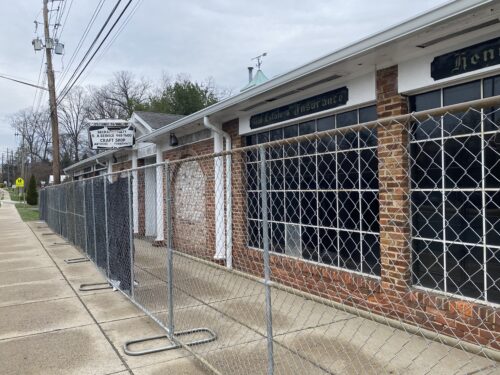 On December 1st, 2021, Wawa was granted approval for its final site plan of a new 5,060 square foot retail building and associated automobile filling station (gas station) by the City of Gaithersburg’s Planning Commission.This came after public opposition to the site led to the development being stalled after a group of 14 community members filed an administrative appeal in the Montgomery County Circuit Court. The opponents of the site had stated that the Wawa does not align with MoCo’s master plan and would generate traffic and noise annoyances for residents in the surrounding areas. In April of 2021, Judge Donald Beachley struck down the appeal, clearing the way for development to begin.

In addition to the convenience store, Wawa’s plan includes six double sided filling stations and is covered with a 5,280 square foot metal canopy. The metal canopy is proposed to be located approximately 92 feet from the South Frederick Avenue right-of- way. Additionally, the canopy is 71 feet from the west property line, and 43 feet from the east property line. The sloped canopy has a maximum height of approximately twenty-five (25) feet. In addition, there will be:

Rockville: City Hall Reopens — What You Need to Know

Two Pedestrians Struck and Killed While Walking to...

Hello, there aren’t any Wawa locations in Montgomery County yet.

Dash In is not Wawa

Is there a plan to build a pedestrian bridge over 355? I can see a lot of high schoolers going to Wawa and it might be dangerous crossing 355.

How old is that building? Is there no historical history to the building?

Historical history? Who cares it’s an old antique mall, probably 10,000 of them in this country falling apart