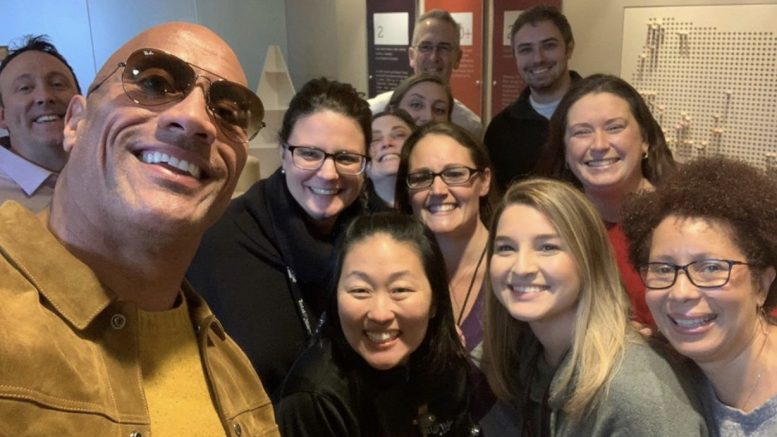 To honor The Rock turning 49 years old, today we remember when MoCo was buzzing two years ago when Dwayne “The Rock” Johnson was in town for a meeting at the Total Wine headquarters in Bethesda.

The Rock posed with many excited employees and fans before and after his meeting, which was about getting his Teremana Tequila into Total Wine stores this March.

Before he became a WWE Superstar and A-list actor, you could find The Rock on Montgomery County Cable where he wrestled under the name Flex Kavana in Smoky Mountain Wrestling that was featured on the legendary local wrestling television show, Inside the Squared Circle.

The Rock also won the WWF Heavyweight Championship at Capital One Arena 21 years ago this week.

Fun Fact: His character from the movie Skyscraper, Will Sawyer, was from Rockville, MD!

In the featured photo, courtesy of Melissa Gonzalez De Bem (@MelissaDBem on Instagram), you’ll see The Rock posing with employees in the Total Wine headquarters located in Bethesda.