Per the State of Maryland:
ANNAPOLIS, MD—Governor Larry Hogan and the Maryland Stadium Authority (MSA) today broke ground on a new Multi-Use and Sports Facility in the heart of downtown Hagerstown. The stadium—a project long sought by local leaders—will serve as the home of a new professional baseball team in the Atlantic League as well as other sports, cultural, and community events.

“This is a project that had been talked about around here, on and off, for decades, but had never gotten off the ground. It truly is Hagerstown’s very own ‘Field of Dreams,’” said Governor Hogan. “When I became governor, I pledged that Western Maryland—and all of rural Maryland—would no longer be forgotten or ignored, and that we would work together at all levels of government to revitalize this incredibly historic city of Hagerstown, and that is exactly what we have done.” 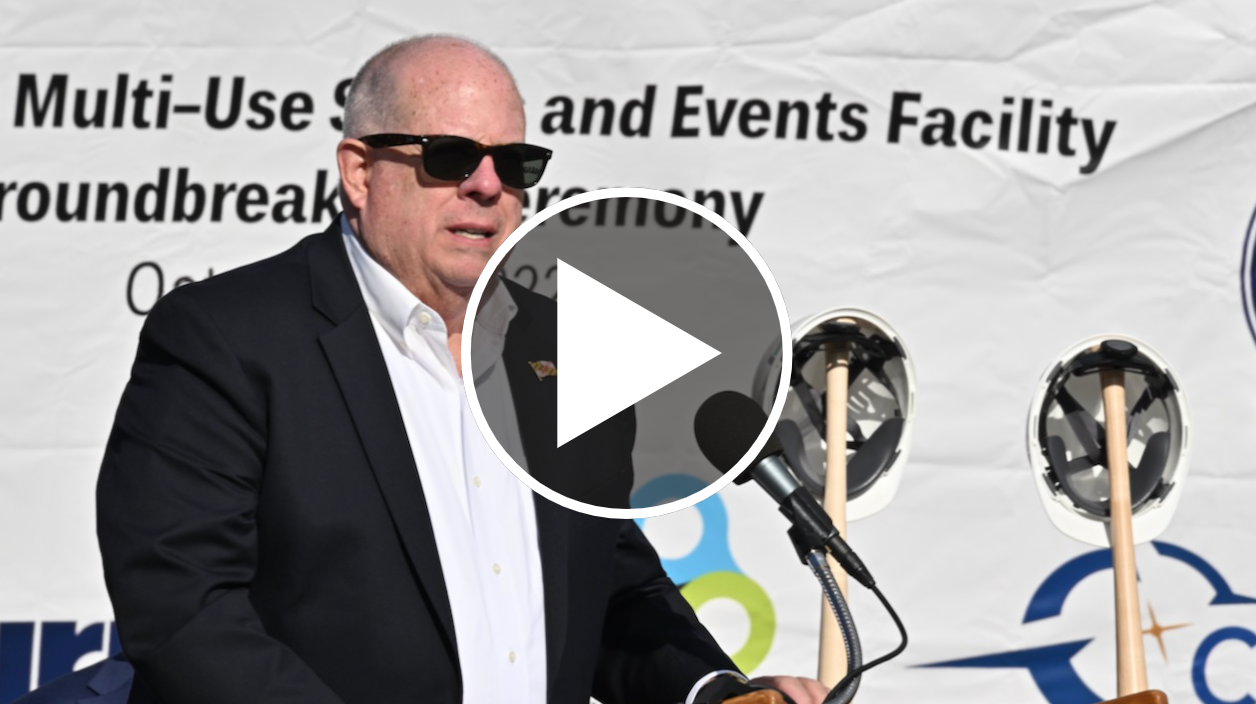 In 2021, the governor enacted legislation that authorizes MSA to issue bonds to finance and construct the facility, to be owned and operated by the Hagerstown-Washington County Industrial Foundation (CHIEF) and leased by an Atlantic League team. The governor’s supplemental budget provided $8.5 million toward this effort, and another $1.5 million was designated in the FY23 capital budget.

City, county, and state officials, along with ownership group Downtown Baseball LLC, see the facility as a catalyst for downtown revitalization, as well as further economic development and tourism for Washington County and western Maryland.

The MSA was established over 35 years ago and managed the construction and design of Oriole Park at Camden Yards, the world-class facility in Major League Baseball that inspired urban revitalization across the nation and recently celebrated its 30th anniversary season. Additional Minor League Baseball facilities constructed by MSA include Leidos Field at Ripken Stadium (2002) and Regency Furniture Stadium (2008).

Meritus School of Osteopathic Medicine Groundbreaking. Also today, Governor Hogan joined Meritus Health President and CEO Maulik Joshi to break ground on a new four-year medical school in Hagerstown. The proposed Meritus School of Osteopathic Medicine, which will be constructed on the Meritus Medical Center campus, is planning for its first class in the fall of 2025. “This institution will educate and prepare the next generation of physicians to serve patients across the State of Maryland, but especially the people right here in this community,” said Governor Hogan. “It will welcome its first class exactly 120 years after Washington County Hospital first opened its doors, adding to an incredible legacy of patient care and community service. We’re exceptionally proud of this transformative project.”

Colts Owner Jim Irsay on Dan Snyder: “I believe there is merit to removing him as owner.”