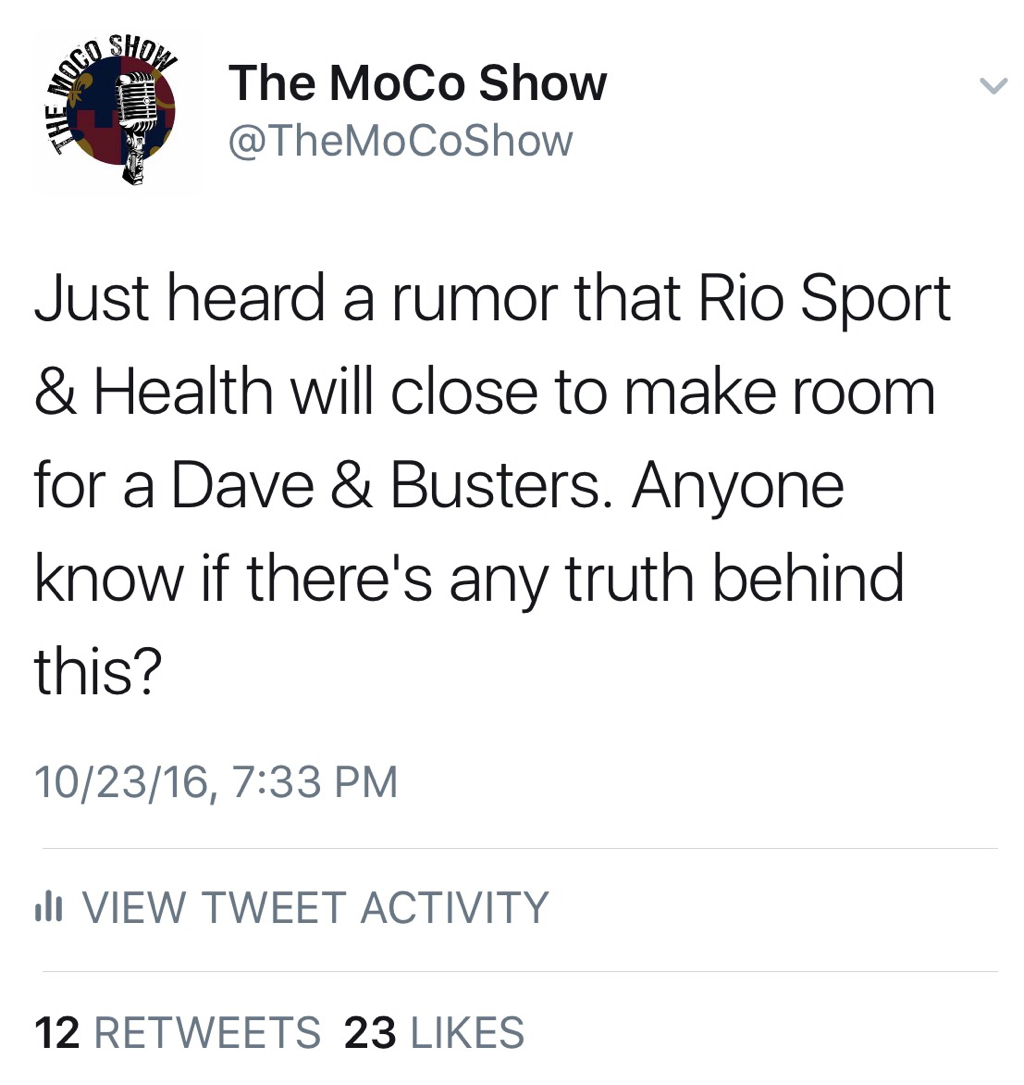 In October we tweeted about a rumor regarding Rio Sport & Health closing permanently and possibly being replaced by Dave & Buster’s.

Since then, Dave & Buster’s opened in Ellsworth Place Mall in Silver Spring (that was in the works for a long time before this rumor came about). The first part of the rumor ended up coming true as well, with Sport & Health closing permanently in that location.

Now rumors are heating up again about Dave & Buster’s coming to occupy the spot Sport & Health left behind.

Many of us remember Sportland in Rio, which was an early 90s versions of Dave & Buster’s…on steroids (in addition to video games; there was mini golf, bumper cars, velcro walls, billiards, a climbing area, batting cages, etc.).

We’ll know soon if this rumor is true, but it’s definitely picking up some steam.

Be the first to comment on "Dave & Buster’s to Rio?"