Dunkin’ has made significant progress at its latest upcoming location in Cloverly. The store, which is expected to open later this summer, is located at 15509 New Hampshire Ave in the spot that was formerly home to BB&T Bank. This new location will include a drive-thru, which has seemed to be the aim for a lot of the new Dunkin’ locations in the area that are taking over former bank locations. While the outside seems to be nearly complete, there is work left to do inside (photos below).

In late 2020, Inspire Brands announced the completion of its $11.3 billion acquisition of Dunkin’ and Baskin Robbins. With the addition of both brands, Inspire encompasses nearly 32,000 restaurants across more than 60 countries generating $26 billion in annual system sales, making it the second-largest restaurant company in the U.S. by both system sales and locations (behind McDonald’s).  Inspire’s family of brands includes Arby’s, Baskin-Robbins, Buffalo Wild Wings, Dunkin’, Jimmy John’s, Rusty Taco, and SONIC.

In addition to opening in former bank locations that allow for easy installation of a drive-thru window, Dunkin has also aimed for non-traditional development that includes opening in airports and on college campuses, including the University of Maryland. A new drive-thru Dunkin’/Baskin Robbins location opened Monday, replacing a previous location approximately 100 feet away in Gaithersburg. 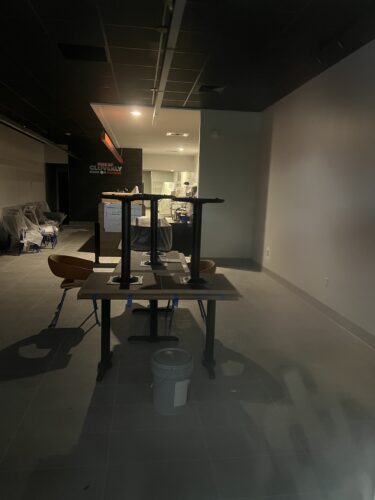 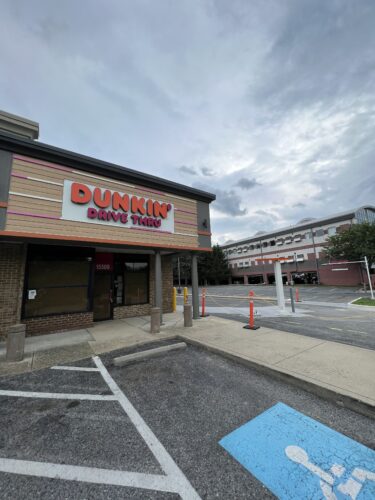