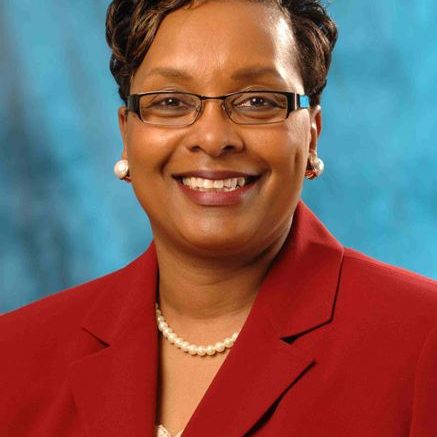 Dr. Charlene Mickens Dukes, former president of Prince George’s Community College, has been named interim president of Montgomery College by the college’s board of trustees.

The Montgomery College Board of Trustees has appointed Dr. Charlene Mickens Dukes as interim president of Montgomery College, effective August 7, 2021. This follows Board Chair Michael Knapp’s April 29 announcement that current Montgomery College President Dr. DeRionne Pollard will step down this summer and assume the same position at Nevada State College. Led by Mr. Knapp, the board will conduct a search for a new president while Dr. Dukes serves in the interim.

“The Board is confident that Dr. Dukes’ leadership will complement the array of strengths of our senior leaders, whose diligence and skill have contributed to the success of the College during Dr. Pollard’s tenure,” Mr. Knapp said. “Her extensive local and regional background position her optimally to step into this role seamlessly and support the College’s mission during this transition.”

Dr. Dukes is a higher education leader with 42 years of experience in administration, policy development, and national service. Most recently, she served as the president of Prince George’s Community College for 13 years until her retirement in June 2020. During that period, Dr. Dukes was a champion of student access and success, leading countless initiatives that improved student completion. She has extensive experience in the community college sector nationally, having served on the boards of the Association of American Colleges and Universities, the American Association of Community Colleges, the Institute for Higher Education Policy, Campus Compact, the Community College Advisory Panel, and the National Association of Student Personnel Administrators, among others.

Coffee With a Cop in Gaithersburg on Wednesday, April 28

Brandy Brooks Officially Files To Run For County Council At-Large; Declares Women Are Making a Statement in the 2022 Race

Nando’s Peri-Peri to Relocate in Bethesda