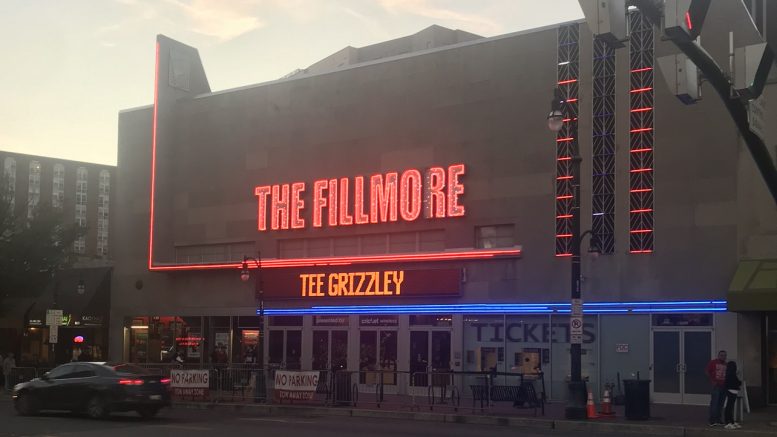 Per the State of Maryland:

Governor Larry Hogan today announced $30 million in awards for more than 90 live music and performance venues, live entertainment promoters, and independently-owned local movie theaters whose operations have been impacted by COVID-19. This is part of the more than $700 million in emergency economic relief provided by the State of Maryland.

“These awards will save hundreds of jobs and help many of Maryland’s entertainment venues sustain their operations until they can safely and fully reopen,” said Governor Hogan. “While safe and effective vaccines will help bring a return to normalcy and end the damage to our economy, we need to continue to do everything we can to support our small business community.”

Earlier this week, Governor Hogan introduced the RELIEF Act of 2021, which will provide more than $1 billion in stimulus and tax relief for families and small businesses.

These awards were made to 49 for-profit or nonprofit live entertainment venues in 12 counties and Baltimore City, including nightclubs, theaters, and arenas; 27 independently-owned movie theaters in 11 counties and Baltimore City; and 16 live entertainment promoters. Funds will support operating and capital costs and will directly help preserve more than 800 jobs at venues like the Maryland Renaissance Festival, the Baltimore Symphony Orchestra, the Chesapeake Shakespeare Company, Merriweather Post Pavilion, Rams Head Live, Royal Farms Arena, Strathmore, the Senator Theatre, and the Maryland Theatre. A full list of awardees is available here.

The Montgomery County list can be seen in the image below.

This is the second of three phases of economic relief awards administered by the Maryland Department of Housing and Community Development. Governor Hogan recently announced more than $8 million in awards for tourism-related institutions through this initiative. Awards will soon be finalized for the initiative’s third phase, which will provide additional support to small businesses and other economic recovery efforts in both the state- and Baltimore City-designated Main Street communities.

“These initiatives are based on the proven revitalization strategies and programs we have successfully employed to improve our state’s cities, towns, and neighborhoods,” said Maryland Department of Housing and Community Development Secretary Kenneth C. Holt. “Our experience, expertise, and strong partnerships with local stakeholders enables us to deploy these critical resources rapidly and responsively as part of Maryland’s pandemic recovery efforts.”

GameStop in Fallsgrove to Close

Coffee With a Cop in Gaithersburg on Wednesday, April 28