Back in October we let you know that Lapu Lapu, the sister restaurant of popular Rockville restaurant Kuya Ja’s Lechon Belly, would be coming to the Kentlands neighborhood in Gaithersburg. Originally, the hope was to open prior to spring, but according to the restaurant “We hoped that we would be open by now, however, things are taking just a little bit longer than expected.”

The new restaurant will be taking over the 325 square foot storefront that was formerly home to Tex-Mex restaurant Peppers, located next to Vasili’s. It will specialize in breakfast sandwiches and will have a few tables available for outdoor seating.

Anyone interested in trying out the breakfast sandwiches that will be available at Lapu Lapu can do so at one of the pop ups at sister restaurant, Kuya Ja’s Lechon Belly. The pop ups are announced via Instagram. 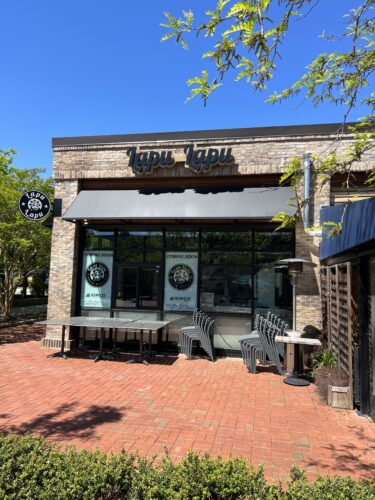