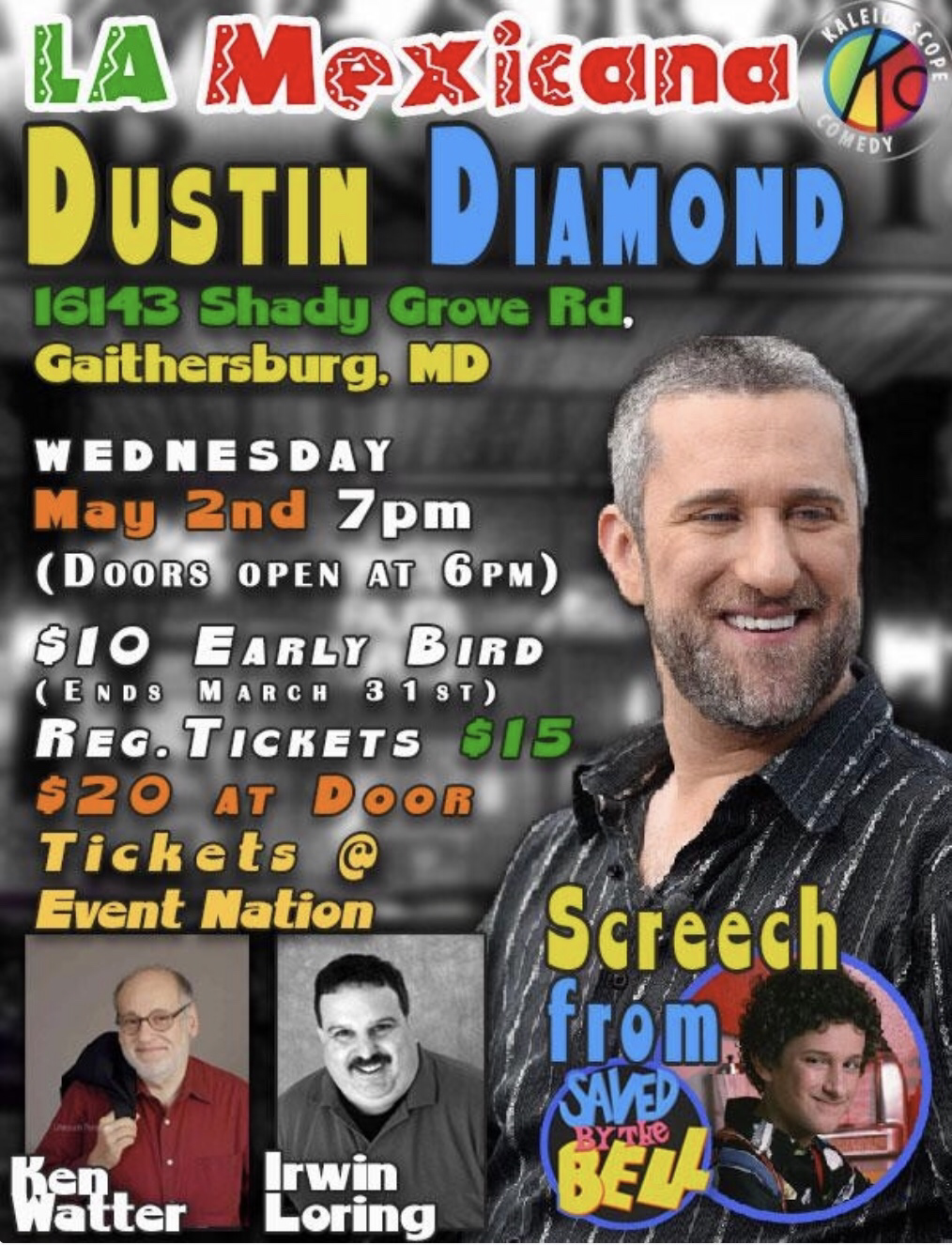 Zoiks! Dustin Diamond (Most popular for his role as Screech in Saved By The Bell) is coming to MoCo to perform his stand-up comedy act at La Mexicana in Gaithersburg.

Diamond has made headlines in recent years when he was convicted of two misdemeanors in 2015 (carrying a concealed weapon and disorderly conduct) after a bar altercation in Wisconsin. He also made some pretty wild accusations about his former Saved by the Bell co-stars, but has apologized since.

He has been touring the country with his stand-up act for a few years now and has received some decent reviews, however, I’m told the show definitely has an adult theme that is very different from the Screech character he portrayed on television.

Get your tickets here: https://www.eventnation.co/event/Dustin-diamond

Be the first to comment on "MoCo Date Night: Screech Is CominG To Gaithersburg"