Gary D. Howes, 51, of Rockville was arrested on September 10th after the body of his father, Gary W. Howes, was found in the home they shared.

According to a report by MyMCM’s Suzanne Pollack, Howes is charged with “abuse to a vulnerable adult that is a family member or resided in the house” and could face up to 10 years in prison and/or up to a $10,000 fine. His preliminary hearing is scheduled for October 18 in Rockville.

Police visited the residence on September 6 after a family member had requested a wellness check on the deceased individual.  Upon arrival, police were initially denied entry by Howes, who claimed his father was away visiting a friend. Police returned to the residence with a search warrent and discovered the body on September 9.

According to MyMCM, “police smelled a strong odor. Upon opening a back bedroom door that was the elder Howes’ room, they discovered human remains behind a door and under a file cabinet. Diapers and human feces also were seen in the room”

According to an attorney’s statement to Bethesda Beat representing the family of Gary D. Howes, they are “actively assisting law enforcement in the investigation into the circumstances of his death. Please give our family privacy as we mourn his loss”. 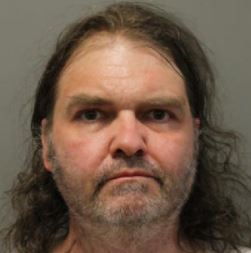