Steve Atwater was inducted into the NFL Hall of Fame last night, having to wait a year due to Covid postponing last year‘s ceremony. The hard-hitting safety was one of the most feared players in the NFL during his time as a player.

Atwater won two Super Bowls in 10 seasons with the Broncos before finishing his career with the Jets in 1999. After his pro career came to an end, he lived in Georgia where he coached his two oldest sons youth football teams and started a real estate company.

In January of 2012, Atwater moved to Montgomery County. His youngest son, Paris, was a student at Sherwood High School where he played football, and Steve joined the Sherwood staff as defensive backs coach while he lived in Brookeville.

He only coached in MoCo for one season, but the impact of a future NFL Hall of Famer coaching local student-athletes is still talked about nearly a decade later. 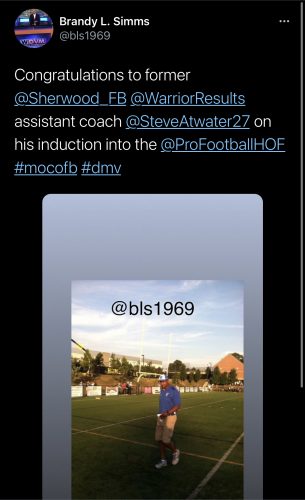 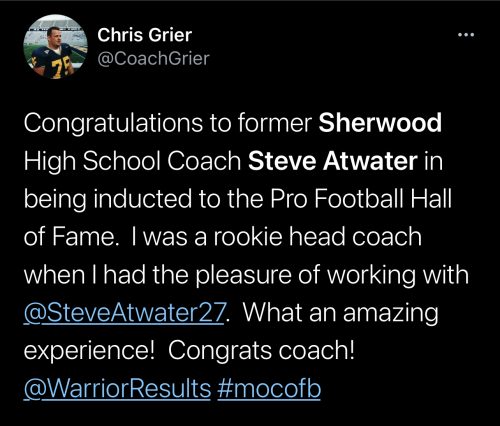 One Family Displaced After House Fire in Olney...