Did you see it, did you do you a double take? We’ve received quite a few inquiries today about the white tiger sitting along I-270 this past Saturday morning.

Montgomery County 911 received a call around 8:48 a.m. from a concerned driver that a white tiger was sitting on the jersey wall, just prior to the southbound exit for Montrose Road.

Rockville City Police Officer Weiss was driving near the location, and just to be safe, asked for additional police officers to start checking the area. Officer Weiss spotted the tiger sitting on the wall and quickly realized it was not real, but rather a large, life-like figurine. Officers from the Montgomery County Police Department Rockville District removed White Tiger from the wall and took possession of him.

Unfortunately, how, and why White Tiger came to find himself perched up along I-270 remains a mystery. But it sure did make for great conversation for those traveling along the highway Saturday morning. 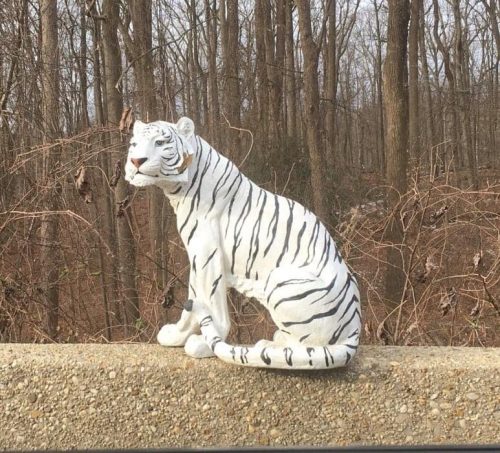 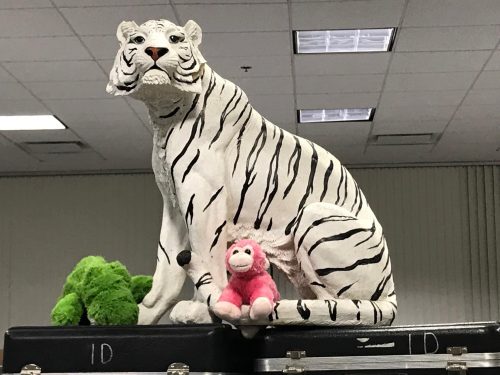 Another one…Wednesday Night to Friday Storm