Per MCPD: Governor Larry Hogan today hosted his final Korean-American Day Reception at the State House. The governor was joined by First Lady Yumi Hogan, General Counsel Sei-Choong Kwon from the Embassy of the Republic of Korea, and distinguished leaders from Maryland’s Korean-American community to commemorate 120 years since the first Korean immigrants came to the United States in 1903.

“What began with the arrival of 100 Korean immigrants to Hawaii in 1903 has grown into a thriving population of more than 1.8 million Korean Americans who currently live, work, and raise families in the United States today,” said Governor Hogan. “Maryland has always been immensely proud of the special relationship we share with the Republic of Korea, which we’ve been working to strengthen through trade missions, sister-state relationships, educational partnerships, and opening one of the very few official Koreatowns in the United States.” Over the last eight years, the Hogan administration has grown Maryland’s economic relationship with the Republic of Korea. During a trade mission to Asia in September 2022, Governor Hogan met with President Yoon Suk-yeol at the presidential office in Seoul, chairman of Hyundai, leaders of KOTRA, and a number of distinguished business leaders to discuss ways to expand Korean business investment in the state.

In addition, the governor announced that the Maryland Department of Commerce will open a new foreign trade office in South Korea, which will join Maryland’s network of 18 existing trade offices around the world. 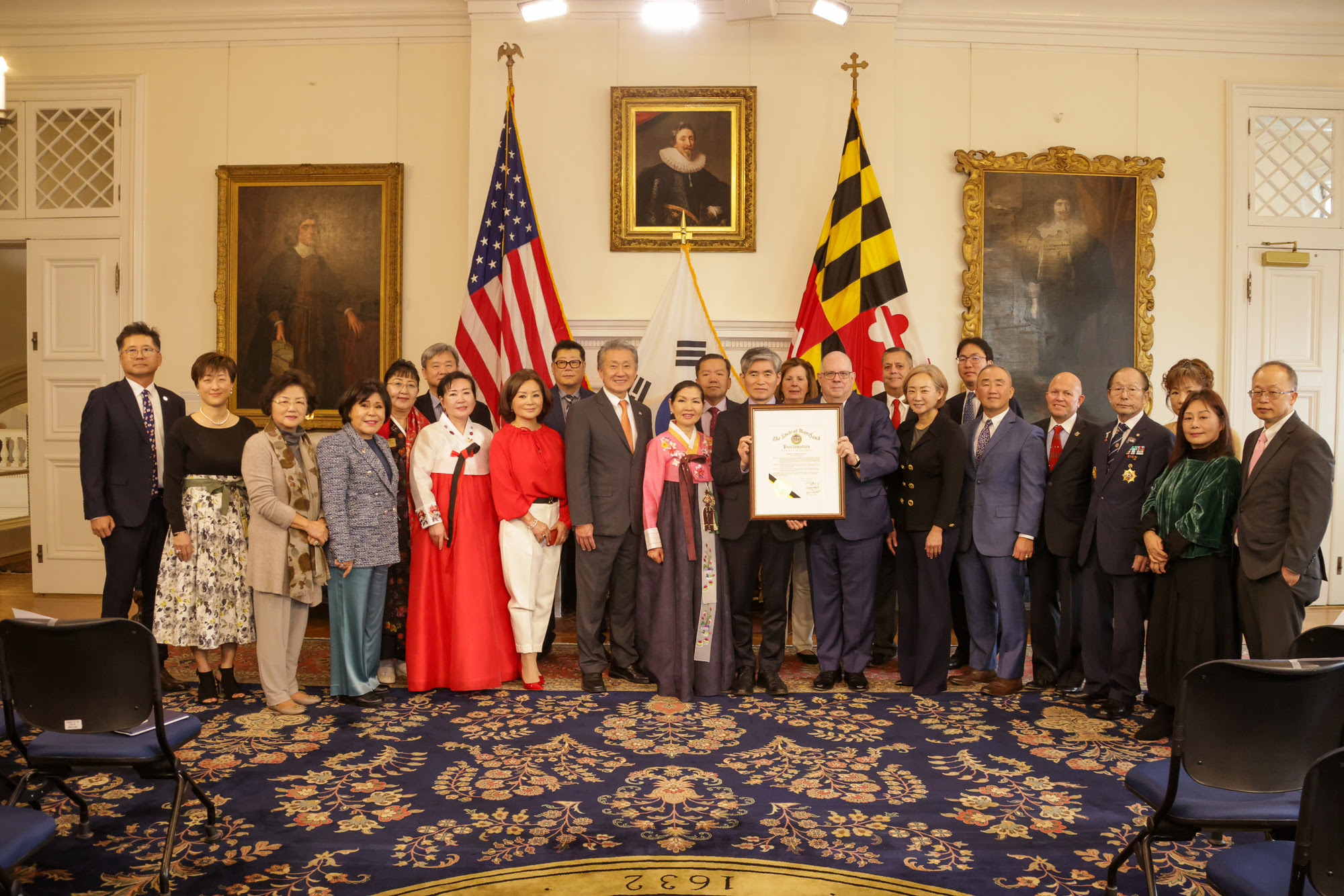 Amid a national rise in hate crimes against Asian Americans, Governor Hogan announced the formation of the Asian American Hate Crimes Workgroup to address this rise in anti-Asian activity, prevent acts of violence, and to support victims and witnesses.

The State of Maryland committed $250,000 to help complete the Wall of Remembrance at the Korean War Veterans Memorial in Washington, D.C., which lists the 36,574 members of the U.S. Armed Forces who were killed in action.

In October 2021, Governor Hogan opened Maryland’s Koreatown, a five-mile stretch along Route 40 in Ellicott City that is home to 170 Korean businesses and nearly 12,000 Korean-Americans.

Detectives From Special Investigations Unit are Asking For Public’s Assistance in Locating Missing 15-Year Old, May Be Traveling with Other Missing Teen

Beyond MoCo: Maryland Board of Public Works Approves...