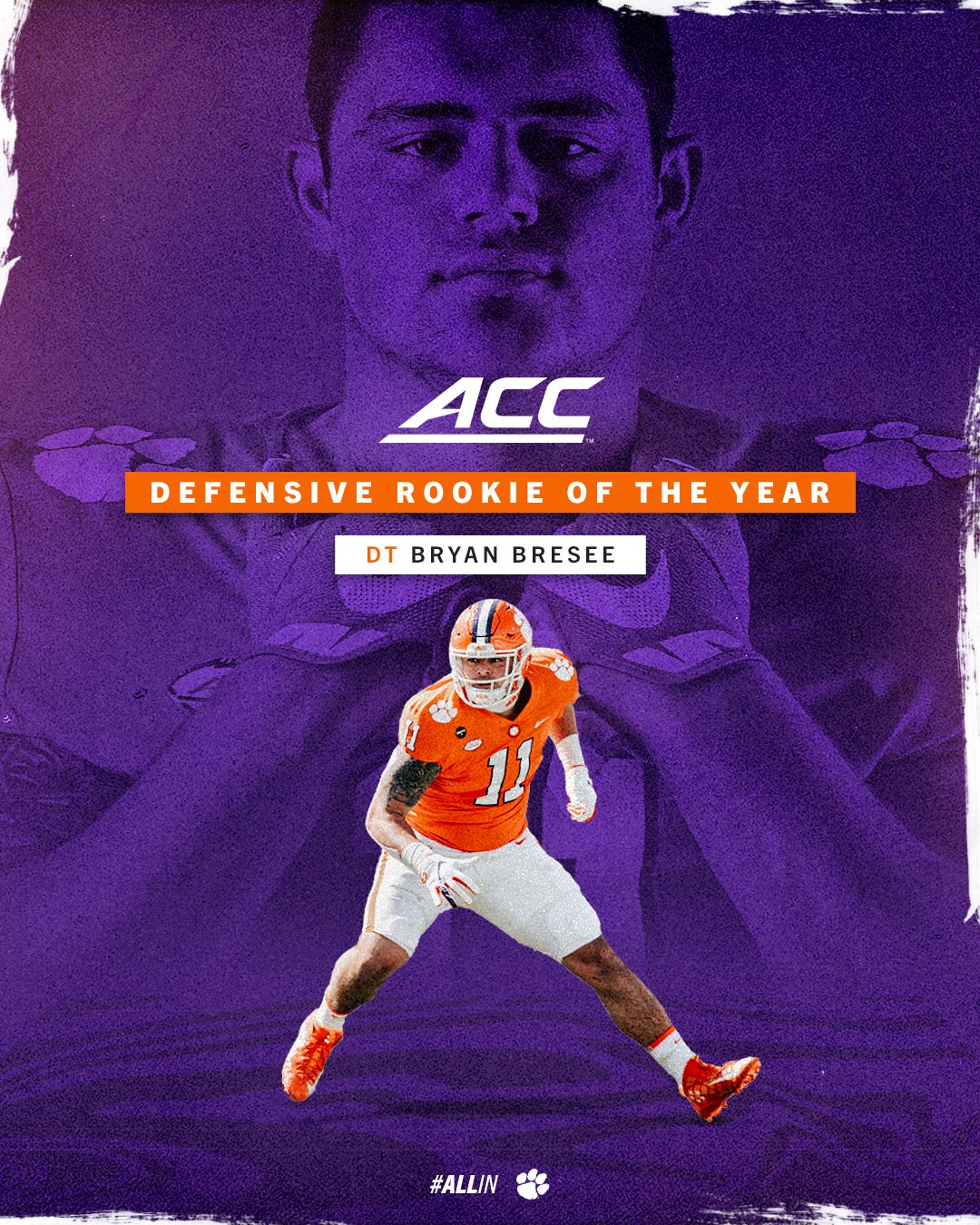 The Atlantic Coast Conference announced today that Clemson defensive lineman and Damascus alumnus Bryan Bresee has been selected as the 2020 ACC Defensive Player of the Year.

Bresee becomes only the second Clemson player to earn ACC Defensive Rookie of the Year honors since the honor was first awarded in 2007, joining fellow defensive tackle Dexter Lawrence’s selection in 2016.

Clemson’s Bresee earned first-team All-ACC honors after helping the Tigers (10-1) to their sixth consecutive ACC Football Championship and a No. 2 CFP seed.

One of the leading pass rushers on a Clemson squad that ranks second in the nation with 44 quarterback sacks, Bresee has dropped opposing quarterbacks three times. He has recorded one safety while breaking up two passes and forcing one fumble. The Damascus, Maryland, native’s blocked field goal in the season opener versus Wake Forest was the Tigers’ first since the 2018 season.

Bresee and the Clemson defense rank ninth nationally in rushing defense (99.8 yards per game) and sixth in total defense (298.5 ypg).

DC Temple Will Have Lights, But Only For Those Driving By

Be the first to comment on "Bryan Bresee, Damascus High School Alumnus, Named ACC Rookie of the Year"