On Friday, September 16, 2022, at approximately 6:21 p.m., officers were patrolling the area of Shady Grove Rd. when they observed a silver 2020 Nissan Altima commit a traffic violation. Officers followed the Nissan and pulled it over in the area of I-270 north and Montgomery Village Ave. Officers approached the Nissan and made contact with Walter Prince, who was an occupant in the Nissan. Officers then obtained probable cause to search the Nissan.

A search of the Nissan revealed a Glock 9mm handgun attached to a kit that allowed the Glock to fire fully automatic. In addition, a loaded drum magazine, a thirty-round magazine, two 10-round magazines and multiple rounds of ammunition were recovered from the Nissan.

It was determined that Prince was prohibited from possessing a firearm due to a prior conviction in Virginia.

Prince was arrested and transported to the Montgomery County Central Processing Unit, where he was charged with illegal possession of firearm and ammunition related charges. He is being held without bond. 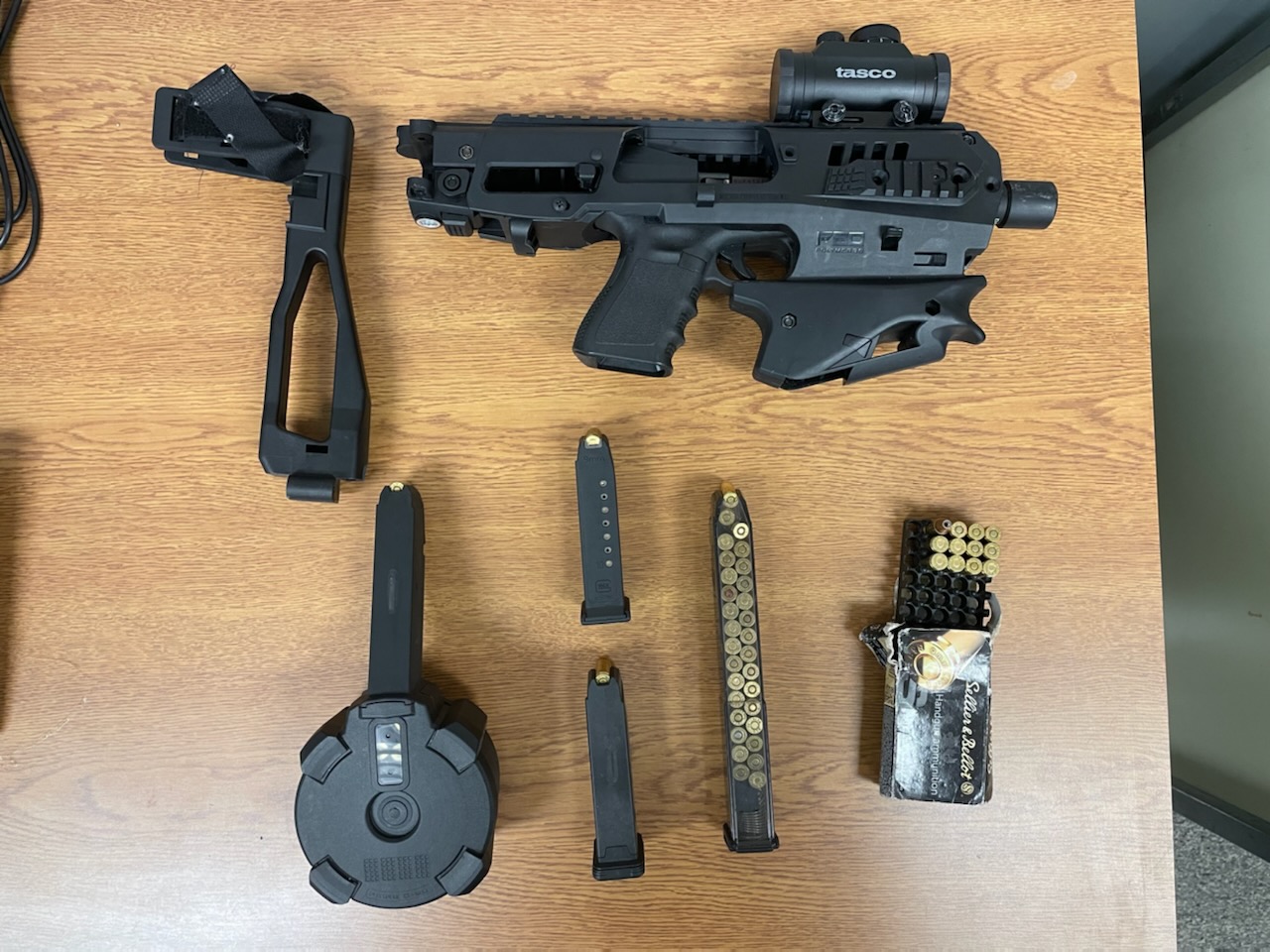 Concern for 14-Year-Old Missing from Rockville

MCFRS Respond to Apartment Fire in Rockville; Dozens of Families Likely to be Displaced