During the ribbon cutting ceremony, Gaithersburg Mayor Jud Ashman proclaimed today to be “Chef Lee’s Element Day” in the city. 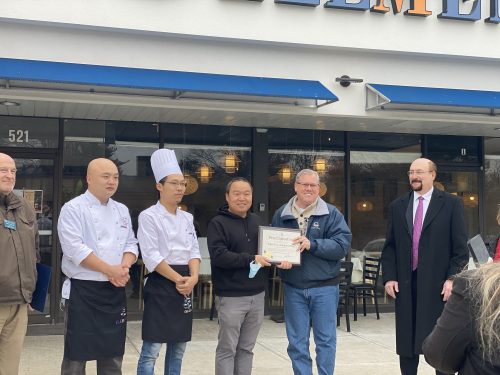 About Chef Lee:
Li Li, from Chongqing, known as the gourmet capital of Chinese food, entered the chef industry in 2000. Taught by Mr. Libin Yang, a master and national judge of Chinese cuisine, he became the head chef of a three-star hotel in Chongqing at the age of 24, and only two years later, he has served as the executive chef of Chinese food in Marriott Hotel in Chongqing. In 2016, He came to the U.S., then quickly harvesting a large number of followers with his professional cooking skills. In 2021, he founded his own brand, Chef lee’s Element. He heartfeltly hopes to bring delicious food to everyone through the ingenious combination of various ingredients and elements through the Chinese cooking techniques he has inherited. This is not only a dish, but also a cultural heritage and succession! 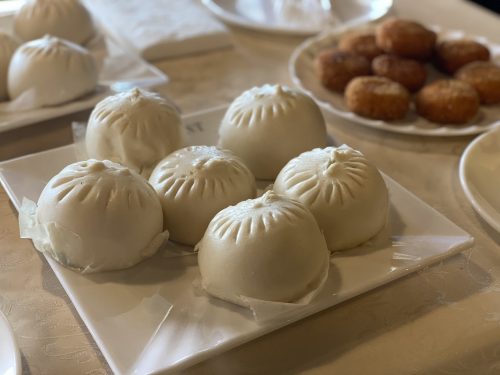 According to their website, “Szechuan (Szechwan/Sichuan) cuisine originated in the Sichuan Province of southwestern China. It is famed for bold flavors, particularly the pungency and spiciness resulting from liberal use of garlic and chili peppers, as well as the unique flavor of the Sichuan peppercorn. Although it is most famous for the electrifying use of chilies and lip-tingling Sichuan peppercorns, the heart of the local style of cooking lies in the artful mixing of flavors, hence the name of restaurant “ELEMENT”. Chengdu, the capital of Sichuan province, was designated by UNESCO to be a city of Gastronomy in 2011.”

They are currently open for dine in, carryout, and delivery within a five mile radius of the restaurant. You can visit their webpage at www.chefleeselement.com