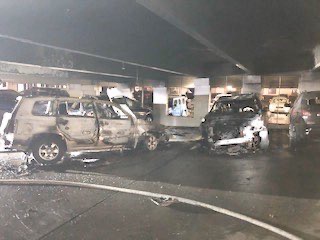 A fire on the third level of the five story Rio parking garage caused significant damage to several vehicles, according to MCFRSPIO Pete Piringer.

An SUV was fully engulfed and the fire spread to surrounding vehicles as smoke could be seen from surrounding areas.

Firefighters were able to put out the fire and luckily there were no injuries, but there was significant damage to vehicles and the garage. 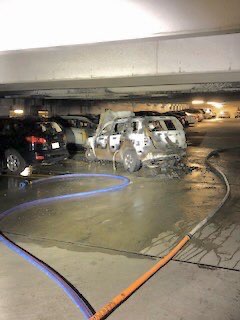 Real Estate in MoCo in the Last 30 Days