Montgomery County’s Connie Morella turns 90 years old on February 12th.  Morella was well known for being a beloved Republican elected in a heavily Democratic district, often winning reelection with over 70% of the vote.

Morella represented Maryland’s 8th District in the House of Representatives from 1986 until 2003. In 2002 she lost an extremely close race to Chris Van Hollen, who now serves as the junior U.S. senator from Maryland.

Born in Massachusetts, Connie Morella moved to Bethesda after marrying her husband Anthony Morella. She taught for Montgomery County Public Schools from 1957 to 1961 and taught courses at Montgomery College in Rockville throughout the 1970’s and 80’s. 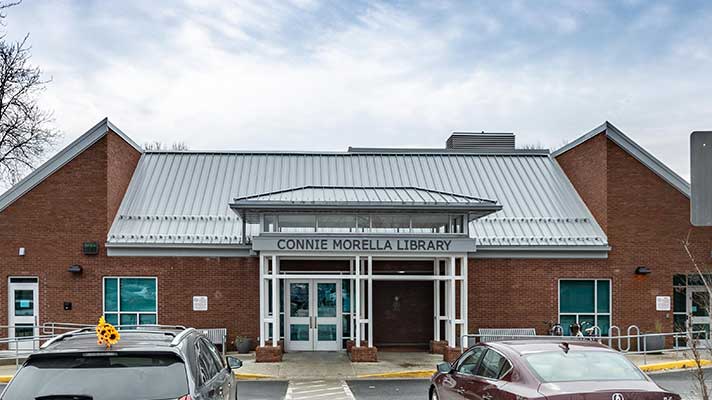 The Bethesda Library at 7400 Arlington Rd. was renamed Connie Morella Library in 2018.

Morella remains active and engaged in national and international issues to this day.

You can read a complete history of her political career at https://history.house.gov/People/Detail/18513?fbclid=IwAR3TfjOuewS5fdXHBp-mszq0OpCl0WGTSL3OcVOc2z14ppYgBGmjrWU-iVs

A Message from County Executive Marc Elrich: COVID-19 Vaccines Are Coming—Please Be Patient

She WAS NOT a Republican by any stretch of the imagination.

…and neither are *MANY* of the so-called “Republican” congress members who now occupy space in Congress.

Rep. Morella was a consummate Republican, the likes of which are hard to find in today’s vitriolic climate. She truly knew how to negotiate with her colleagues on both sides of the isle. You seem to be jaded by today’s caustic politicians who are Republican in name only.