MoCo History: Politics and Passion Lead to Tragedy in Germantown During 1920s Election

By Susan Soderberg of the Germantown Historical Society

It was just before the election in 1920 and several men were gathered informally at the Waters General Store in Germantown discussing the pros and cons of the various candidates. When it came up that a local citizen, John Bolton, was refusing to vote, one of the men, Guy Vernon Thompson, volunteered to try to persuade him to do his civic duty.

What was not known to the others was that Thompson had more on his mind than the election. He had a suspicion that Bolton was having an affair with his wife. When he knocked on the door of the miller’s house for the Waters Mill where Bolton was living, Bolton refused to let him in and told him to go away.

Thompson continued to bang on the door until Bolton came out and threatened him with his shotgun. Thompson tried to wrestle the gun away and in the ensuing struggle Thompson was shot in the shoulder – a wound requiring medical attention, but no serious damage. The police did not arrest Bolton since he was protecting his home and family, but did confiscate his shotgun.

Act two of this drama is gathered from police evidence, the testimony of the surviving victim, Thompson’s own admissions, and the testimony of his wife and others against him at the trial. Thompson’s wife, Hester, said that he had left the house about 1:00 a.m. on Nov. 18 and came back with dynamite, then gone out again, not returning until after 4:00 a.m. Thompson had stolen the keys to the Waters & Thrift General Store warehouse, broken in and taken the dynamite. His fingerprints were found on a new plow in the warehouse and his footprints were found outside.

Thompson had crept up to the Bolton house while the inhabitants were sleeping and blown it up, killing John Bolton, and the two childrenof Bolton’s housekeeper, Hattie Shipley: Harold, age 3, and Evelyn, age 5.

Hattie was the only survivor. According to her account: “I had just gotten up to look at the clock and it was fifteen or twenty minutes after 4 o’clock. I went back to bed and was just dozing off when there was a tremendous flash and explosion. I saw the flash and heard the noise.

Then I was stunned for a minute, and after picking myself up across the room where I had been thrown, I heard Mr. Bolton groaning- ‘My God. My God. Hattie do something for me or I will bleed to death.’ I went to him and felt his head and it was all bloody. Then I heard my baby girl strangling as though she could not breathe. I went to her, I lifted a beam from my little girl’s throat so she could breathe, I don’t know what happened to my little boy.”

Evelyn died during the night, Harold had been killed instantly, and John Bolton was taken to the hospital, but died the next day from internal injuries.Hattie stayed in the wrecked house until dawn, afraid that the person who had blown up the house might be lurking outside. Then, although wounded herself, she made her way to the Dorsey farm a half mile away.

The foundation of the Waters Mill millers house (the house that was blown up) is in Black Hill Park where the “Hard Rock Trail” crosses Lake Ridge Drive, about ¾ mile south of the entrance. The ruins of Waters Mill are on the Crystal Rock Trail, about a half mile from Crystal Rock Drive. The location of the Waters Store was across from the Germantown Train Station between the Bank and the Barber Shop.

For more information about the History of Germantown, visit the Germantown Historical Society at the Historic Germantown Bank 19320 Mateny Hill Rd., Germantown (across from the MARC Train Station) or visit www.germantownmdhistory.org. 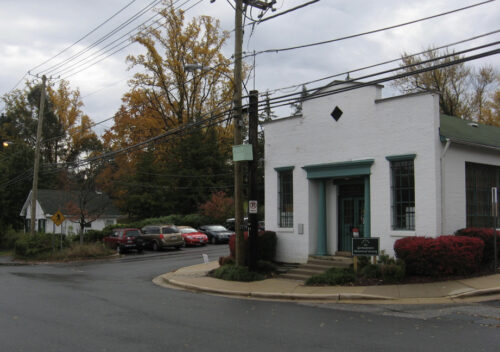 Lahinch Tavern and Grill to Close Monday, May 30