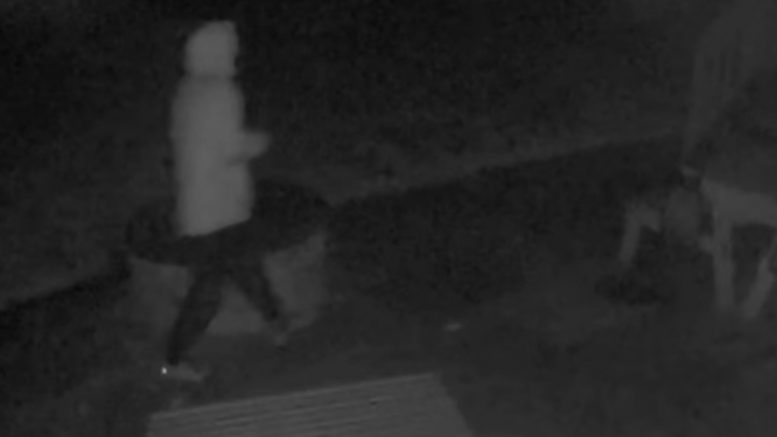 Officers from the Montgomery County Police – 1st District Investigative Section are investigating the theft of a bicycle that occurred on August 30 in the Gaithersburg area. Detectives are asking for the public’s help in identifying the suspect. Investigators believe that this same suspect may have committed similar thefts in the surrounding area during this same time period.

On Monday, August 30, 1st District Officers responded to the 15200 block of Jones Lane in Gaithersburg for the report of a stolen mountain bike. Officers reviewed surveillance video from the residence and observed the suspect in the area at approximately 2 a.m. on August 30.

Detectives are asking anyone who lives in the area to check surveillance cameras and notify police if any additional footage of the suspect is found. Anyone with information regarding the suspect or this theft is asked to call the 1st District Investigative Section at 240-773-6084. Those who wish to remain anonymous may call Crime Solvers of Montgomery County toll-free at 1-866-411-TIPS (8477). Crime Solvers will pay a cash reward of up to $10,000 for information provided to them that leads to an arrest in this case.