More On Changes Coming To Rio 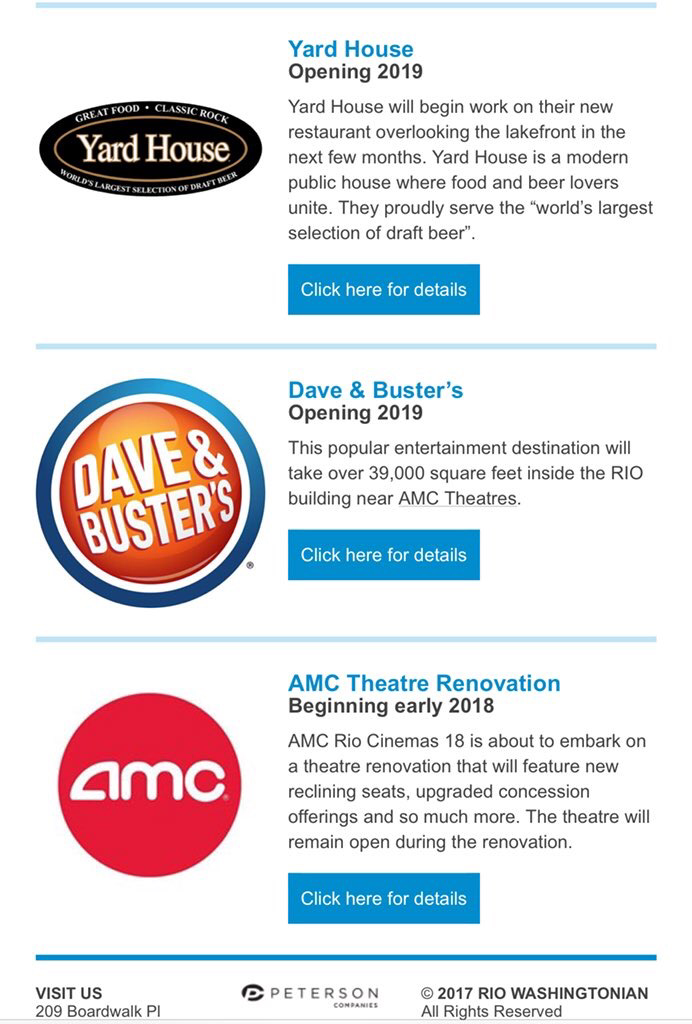 Rio Washingtonian sent this piece of information via e-mail this morning.

The renovation of the theater to include reclining seats, upgrades concession offerings, etc. will start soon. It appears as though AMC is upping their game ahead of the Cinepolis Luxury theater that is supposed to arrive just a couple miles down the street in the Kentlands later this year (November 2018). AMC will remain open during renovations.

Earlier this week we broke the news that Dave & Buster’s officially executed the lease with Rio. They are still in the process of acquiring all of the proper permits, but according to the e-mail it is expected to open sometime in 2019.

Yardhouse is also in the process of acquiring permits, and I would expect an early 2019 opening from them. They’ll be taking over the old Macaroni Grill location.

In addition to the information in the flyer, Poki District appears to be in the process of re-branding to Poki DC. They’ve told me that as soon as all of their permits have been acquired, construction will take less than two months. They expect a Spring 2018 opening in Rio and will be opening their Georgetown Square location in Bethesda this summer.

MoCo Rapper, Simba, Has Been Sentenced To 24 Years In Prison

Arrest Made in Connection to Armed Robbery of...