Shake Shack Under Consideration in Kentlands

Shake Shack Under Consideration in Kentlands

Last week we let you know of three possible Shake Shack locations coming to MoCo by the end of 2022.  We were told those locations could be in “the Gaithersburg area” and “the Rockville area.”

Earlier this week we let you know of a second MoCo Shake Shack location at Montgomery Mall– just two miles away from the from the first location at Cabin John Village.

Now we know that the Lakelands Community Newsletter shared the following in its May newsletter:

“Shake Shack under Consideration in Kentlands
According to John Schlichting, City of Gaithersburg Director, Planning and Code Administration, a soft submission for a freestanding Shake Shack restaurant on the pad site next to the new Starbucks in Kentlands Square has been submitted for preliminary review.
Saul Centers is currently amending the traffic impact study, which is a prerequisite for a formal submission.”
Starbucks recently built a new standalone, drive-thru location across the Lowe’s parking lot. It opened on December 31st.
If approved, the Kentlands Shake Shack location would be built across Lowe’s and between the Starbucks and Chipotle. 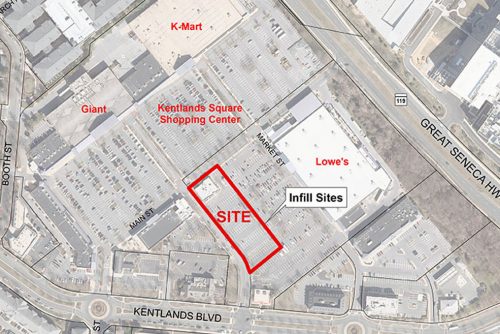 Playa Bowls to Hold Grand Opening in Olney on Sunday, 6/6