Signage has been installed at the new DSW (20900-B Frederick Road) in the  Milestone Shopping Center in Germantown.

DSW will be taking over the location that was home to Modell’s. The store sells designer and name brand shoes as well as fashion accessories. No opening date has been provided.

Delivery trucks were also seen dropping of pallets of shoe racks for the store on Monday afternoon. 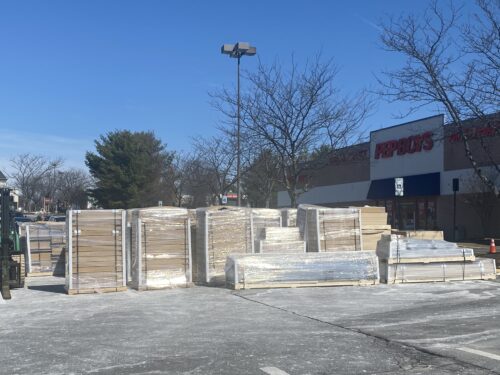 The company currently has three Montgomery County stores, including one already in Germantown located in the Germantown Commons shopping center just under 3 miles away from the upcoming location. The other location is in Bethesda. We were told there are no current plans to close the current Germantown location.

Speed Cameras Could be Coming to the ICC / Maryland Route 200