Updated on 9/18/21: Zofia’s Kitchen, now known as Rogi, will no longer be coming to King Farm. The space next to it has been leased by Fidelity Investments and signage has been put up in the windows. 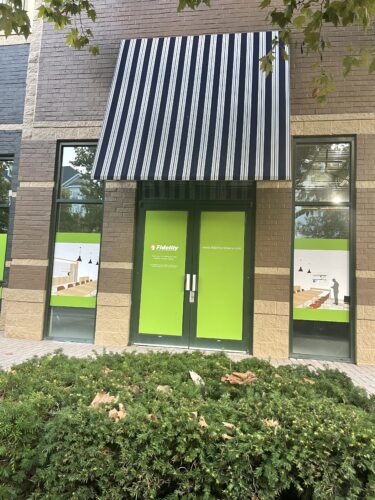 Today, in an instagram post, Zofia’s Kitchen announced that they are planning to open a new location in Rockville. A staff member at their Arlington location who we spoke to to over the phone let us know that they plan to open in King Farm, taking over the Mahshad Modern Persian location at 404 King Farm Blvd.

Zofia’s Kitchen is best known for their pierogi (Polish dumplings) stuffed with creative fillings.  Their menu lists “old world traditional” pierogi including Brat & Sauerkraut, Pastrami & Provolone, and Loaded Baked Potato Pierogi. They also have a section with experimental pierogi with offerings such as Pepperoni, Maryland Crab Rangoon, and one with Smoked Whitefish, Black Pepper, & Green Apple.

Zofia’s Kitchen currently has one location in Arlington’s Ballston Quarter, which opened this past September. Chef Ed Hardy, one of the founders, got the idea for Zofia’s Kitchen after making a variety of creative pierogi for a socially distanced get together hosted by his friend Nate Reynolds (the other founder). Hardy was an instructor at a culinary school in Arlington, which closed at the beginning of the pandemic, so he was looking for a new venture. The pierogi were a hit at the gathering, so the two decided to turn it into a full time operation and launch Zofia’s.

They plan to open their Rockville location around the end of March or early April (4-6 weeks from now). They also announced that they plan to open another location in Tysons in the future as well.

You can learn more about Zofia’s Kitchen by checking out their website.