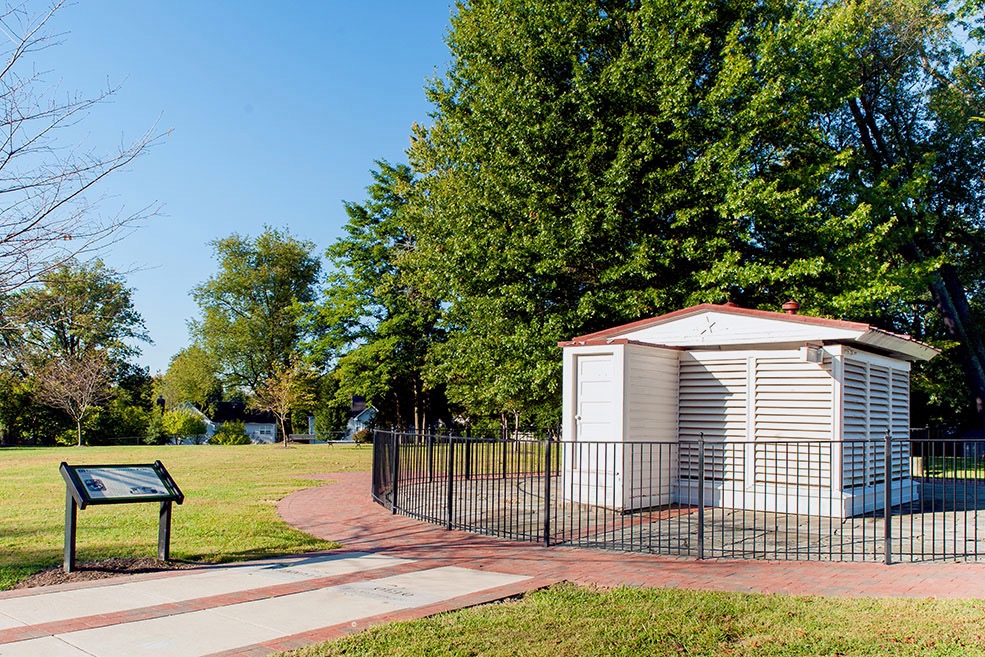 A Gaithersburg Observatory Was Part of a Global Scientific Endeavor

Gaithersburg is home to a site instrumental to the development of Earth science: the Gaithersburg International Latitude Observatory.

The observatory was built in 1899 as part of an international effort to track the wobble of Earth on its polar axis. Gaithersburg was selected as its location because it sits along the same latitude as five sister locations: Cincinnati, Ohio; Ukiah, California; Mizusawa, Japan; Kitab, Uzbekistan; and Caligari, Sardinia, Italy. This enabled uniform calculations, which were gathered by what is now the International Association of Geodesy to help scientists better understand the weather conditions and physical characteristics of our planet.

Rockville resident Edwin Smith of what is now known as the National Oceanic and Atmospheric Administration (NOAA) designed and constructed the observatory. The roof of the one story, 13 square foot building opened to accommodate a large telescope, which observers used to measure the locations of a set of stars and therefore record variations in latitude.

Official use of the observatory ceased in 1982 upon the rise of computerization, but the data collected had major impacts on our understanding of Earth science and are still used to aid the navigation of satellites. The structures built by Smith were later restored by the city and remain standing.

Today the Gaithersburg International Observatory is a National Historical Landmark surrounded by a small park perfect for stargazing. The park was designed in the elliptical shape of Earth’s orbit to pay homage to the site’s history. Nestled within the residential neighborhoods of Gaithersburg, it serves as a reminder of the city’s contributions to science.