Last year Great Sage was described to me as “the best vegan restaurant on the east coast.” Though my personal diet includes more than plant-based foods, I knew I had to give it a shot.

There’s a MoCo connection too! Aside from being 10 minutes away from Ashton, Great Sage is part of the Conscious Corner family of businesses that include Roots Market and Nest. Roots Market has a location in Olney.

Per their website, the restaurant features a bold menu inspired by exotic flavors from around the world to provide the highest quality gourmet foods created from only plant-based sources.

We started with my personal favorite, the buffalo bites (battered and baked cauliflower tossed in a space buffalo sauce), and the pierogi quesadilla (includes mashed potatoes, caramel used onions, and cashew-gouda in a toasted tortilla). Both items were great and came with a dill-ranch dressing that I really enjoyed.

We also had a vegan poutine that is no longer on the menu…so need to go in depth on that one.

The ginger dijon salad with shredded cabbage, kale, green onion, crispy onions, chopped peanuts, and more was very good. I rarely get salads when I go out to eat, but felt that it was necessary to try one since we were at a plant-based restaurant. I really liked the tangy ginger dijon dressing.

The country style chick’n & biscuits featured rosemary-garlic mashed potatoes with a gravy of peas, carrots, corn, and other veggies that were topped with a flaky house-made biscuit. This was my favorite entree, as I didn’t miss the fact that there actually wasn’t any chicken involved.

The BBQ brisket sandwich consists of house-made seitan (“wheat-meat”) in a tangy bbq sauce served on a toasted ciabatta roll. It wasn’t my thing, but if seitan is your thing, I can see how this could be an alternative to brisket.

We paired our entrees with an order of the side mac & cheese, which didn’t last long at our table. I recommend trying it out.

There’s always room for dessert so we tried the peanut butter brownie and the warm pumpkin crumble. Both were awesome and you can’t go wrong with either one.

Great Sage was relatively full on a Thursday evening, so I’d imagine weekends can get fairly busy. The staff was awesome and they do have a full bar if you’d like any alcohol to accompany your dinner. We had a great time! 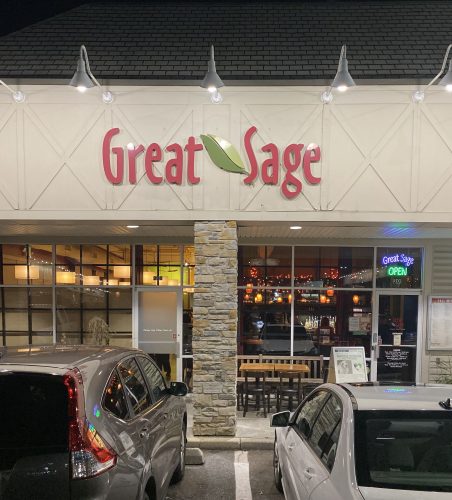 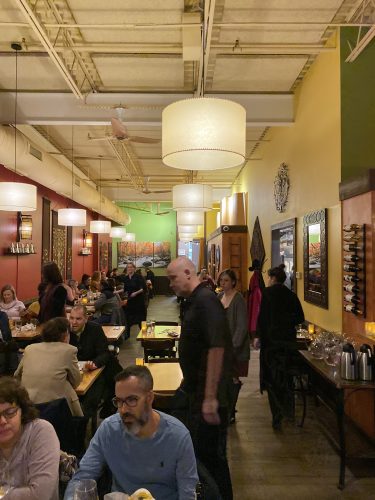 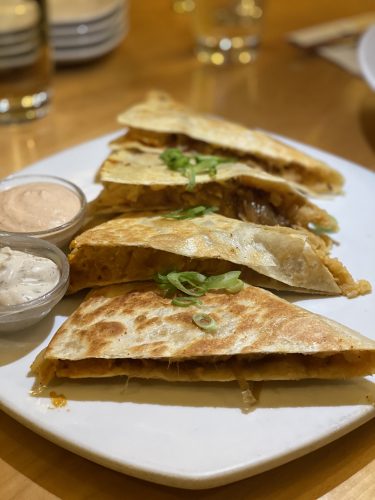 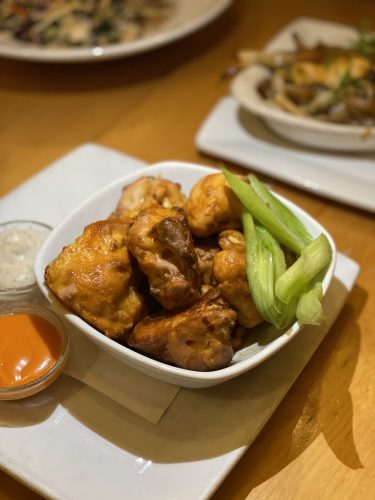 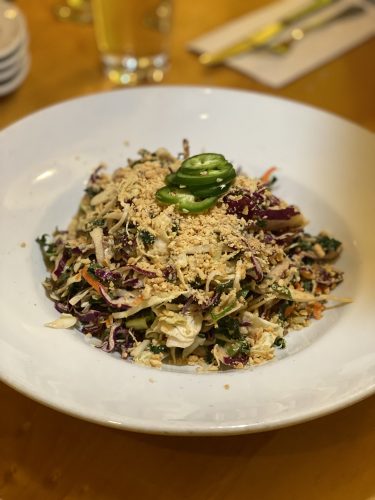 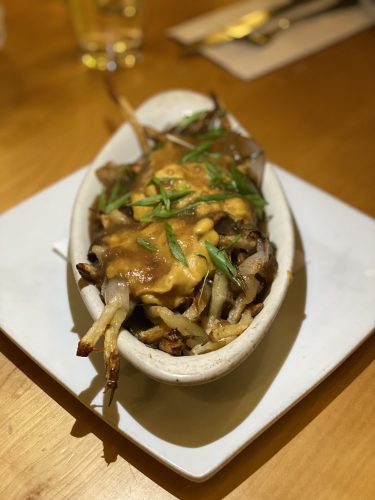 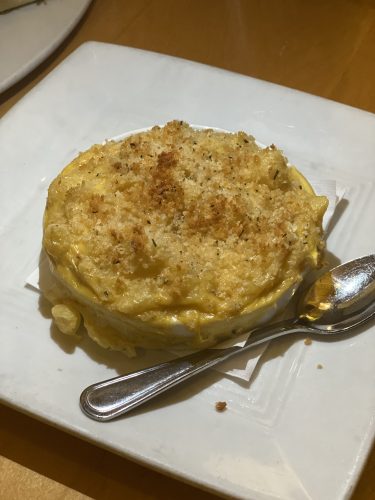 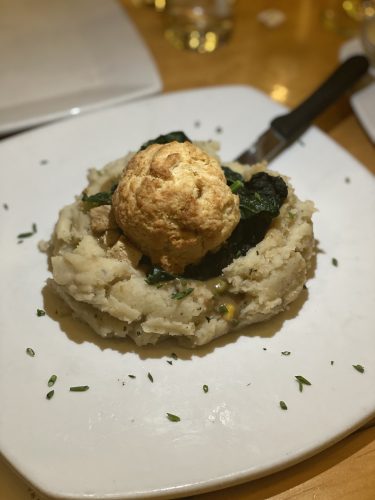 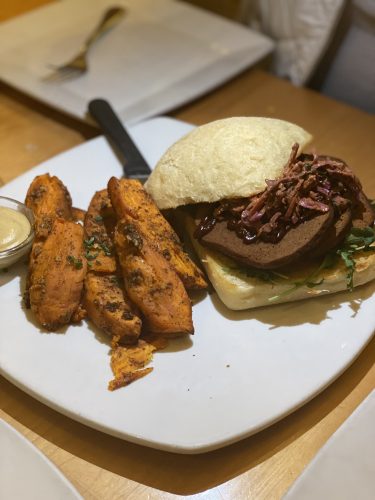 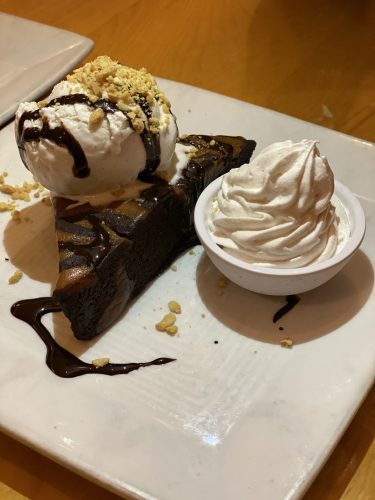 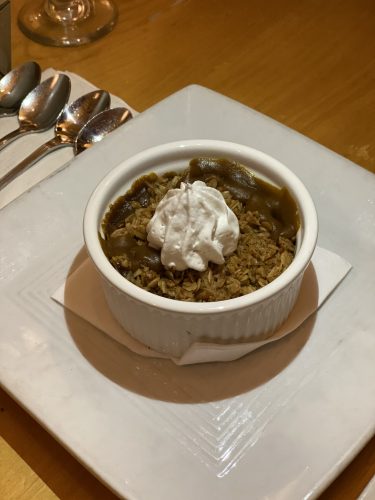 From MoCo to the Closest Cook Out

Be the first to comment on "Beyond MoCo: Great Sage (Howard County)"