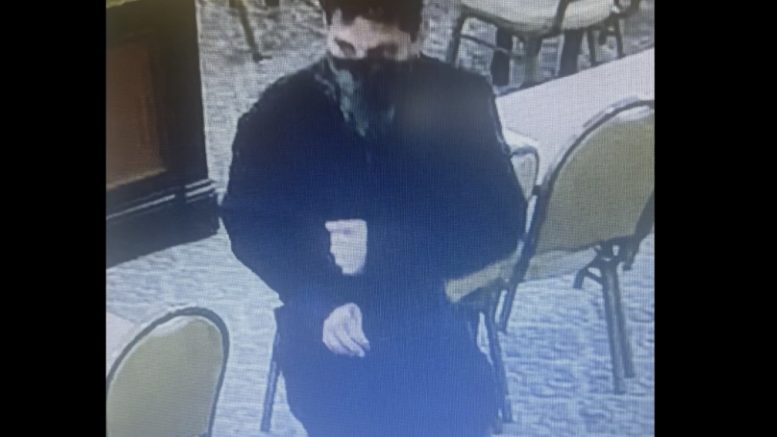 Gaithersburg, MD – Detectives from the Montgomery County Police Department – 4thDistrict Investigative Section are investigating the September 21 and October 31 burglaries that occurred in the Silver Spring area. Detectives have released surveillance video of the suspects and are asking for the public’s assistance in identifying them.

On October 31 at approximately 10 a.m., 4thDistrict officers responded to a synagogue in the 1000 block of Kersey Road for the report of a burglary that occurred earlier.

The investigation by detectives determined that at approximately 3 a.m. a white male gained entry into the synagogue through an unlocked window. While inside, the suspect was observed on video surveillance moving from room to room. The suspect then attempted to break into a safe located inside the synagogue before fleeing the scene.

It was also discovered at that time, that another burglary had occurred on September 21 at approximately 3 a.m. On this date, a white male gained entry into the synagogue through the same opened window. While inside the synagogue, the suspect stole cash from the collection jar and an envelope containing cash from an employee’s desk. The suspect also stole property from the synagogue before fleeing the scene.

Anyone with any information regarding these burglaries or the suspects involved is asked to the call 4th District Investigative Section at 240-773-5530.