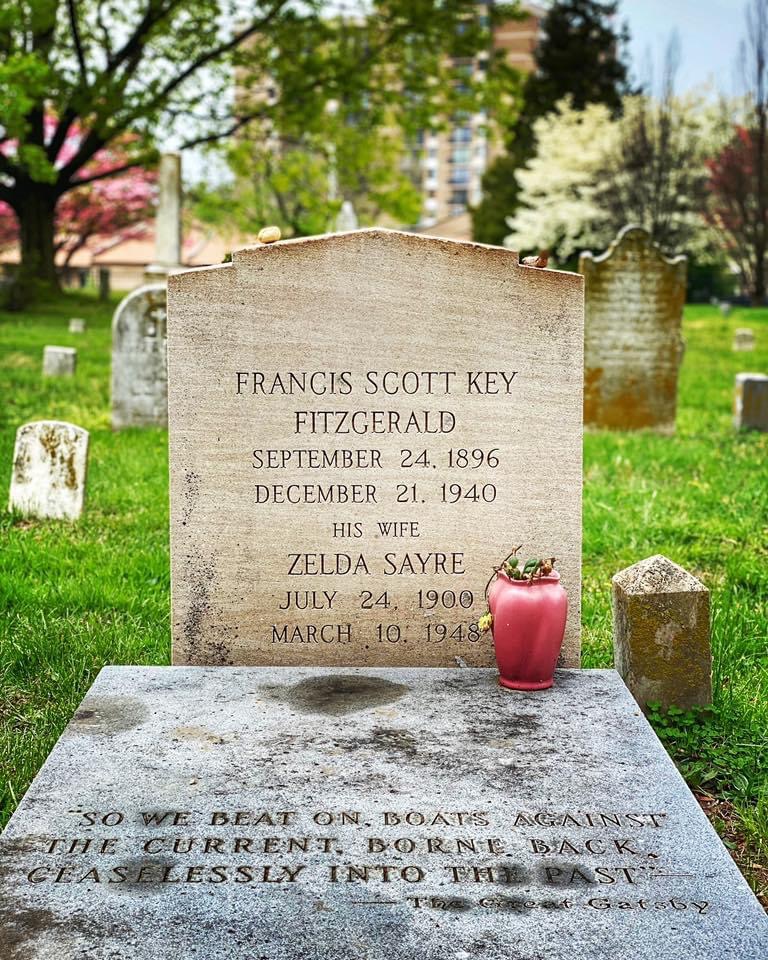 Today we were reminded that it is F. Scott Fitzgerald’s birthday, so we wanted to share our visit to his grave at St. Mary’s in Rockville from a few months back.

Francis Scott Key Fitzgerald, known as one of the greatest American writers of the 20th century, published multiple novels and short stories in his lifetime.

Most notably, he wrote The Great Gatsby. Inscribed on his grave is the famous last line from his book. “So we beat on, boats against the current, borne back ceaselessly into the past.”

His wife, novelist Zelda Fitzgerald, who he dubbed as “the first American Flapper” is buried with him. Fun fact: The Zelda character from Legend of Zelda was named after her.

Shoutout to Jenni Glenn Gingery for the reminder!

Moorenko’s is Coming to Montgomery Mall

A Gaithersburg Observatory Was Part of a Global Scientific Endeavor

Be the first to comment on "Happy Birthday F. Scott Fitzgerald"