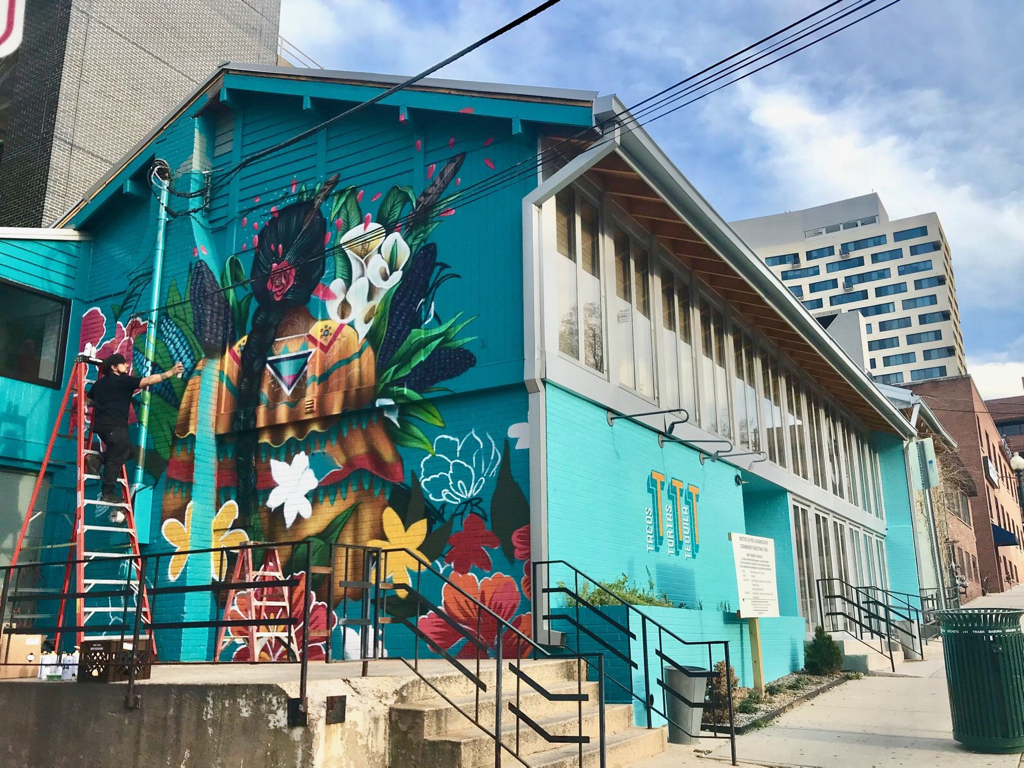 Photo courtesy of Paul Meyer (@PMeyer19 on Twitter)
The outside mural at Tacos, Tortas, and Tequila (8407 Ramsey Ave, Silver Spring) looks like it’s nearing completion according to this photo tweeted by Paul Meyer on Monday, April 22nd.

It was announced a few months back that Ivan Iracan would be bringing Tacos, Tortas, and Tequila to Silver Spring to occupy the old 8407 Kitchen Bar spot (https://mocoshow.com/blog/tacos-tortas-and-tequila-coming-to-silver-spring).

A few weeks later he announced that he would be bringing an unlimited small plates program, similar to the one at his popular D.C. restaurant Ambar, to the second level of the location– as Buena Vida.

The restaurants were expected to open in April, but have been pushed back a month to May. I’m excited to try both of these spots!

Be the first to comment on "Lots of Progress At Buena Vida & Tacos, Tortas, and Tequila In Silver Spring"