Wallethub has released their “2021’s Most & Least Ethnically Diverse Cities in the U.S.” list and Montgomery County, MD once again has a strong showing.

According to Wallethub, each city was examined based on ethnicity and race, language and birthplace. 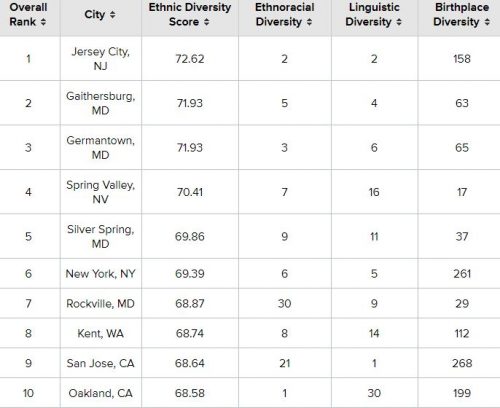 The cities (places) were Gaithersburg, Germantown, Silver Spring, and Rockville, and all four placed identically as last year.

Read the full article at:  https://wallethub.com/edu/cities-with-the-most-and-least-ethno-racial-and-linguistic-diversity/10264?fbclid=IwAR2PMMHc18q58ULSaQeMSqZF91zECU9aihTkd4G15jD6-7ORIkIr38mSOwI