North Bethesda and North Potomac “You mean Rockville and Gaithersburg?”

Any time you see/hear the terms “North Bethesda” or “North Potomac” you know a “You mean Rockville/Gaithersburg?” comment is not too far behind.

So do these places actually exist or were the terms recently coined for real estate purposes?

A friend signed a lease for a condo across from Mid-Pike Plaza (now Pike & Rose) back in 2006, for a significantly higher amount than most condos on Rockville Pike. He told me that he could have gotten a condo two miles down the Pike for almost half of the price, but was sold on “North Bethesda.”

Most of us thought he was crazy for spending that kind of money, but he assured us that the leasing office could confirm that it’s a “real place” and that it had actually been around for quite a while.

Here was his proof:

County planners used the term North Bethesda since 1970 when making plans for the area (http://www.montgomeryplanning.org/community/plan_areas/bethesda_chevy_chase/master_plans/north_bethesda/bg_nbeth-gar.pdf).

Is real estate a big part of why the name has gained far more traction in the last decade than in the first 40 years of its existence? Absolutely, but the name itself is nothing new and the area has had clearly defined boundaries for almost half a century.

Below is a map of North Bethesda from Google 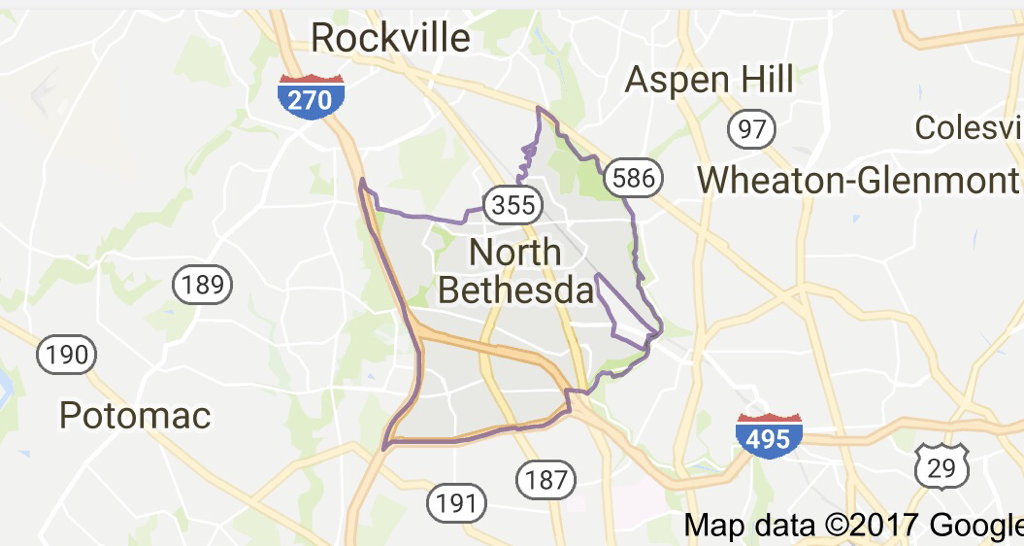 North Potomac hasn’t been around for quite as long, but it has probably been around longer than most think. It was created in 1988, but picked up steam in the early/mid 2000s.

We spoke with a resident living in the Lakelands neighborhood, which is within Gaithersburg city limits. He said, “My house is listed as Gaithersburg, but my friend that is across Darnestown road has  Darnestown, Gaithersburg, AND North Potomac listed on the deed of his home.”

While the boundaries of North Potomac weren’t as clearly defined for as long a period of time as North Bethesda, they’re still there.

Below is a map of North Potomac by Google 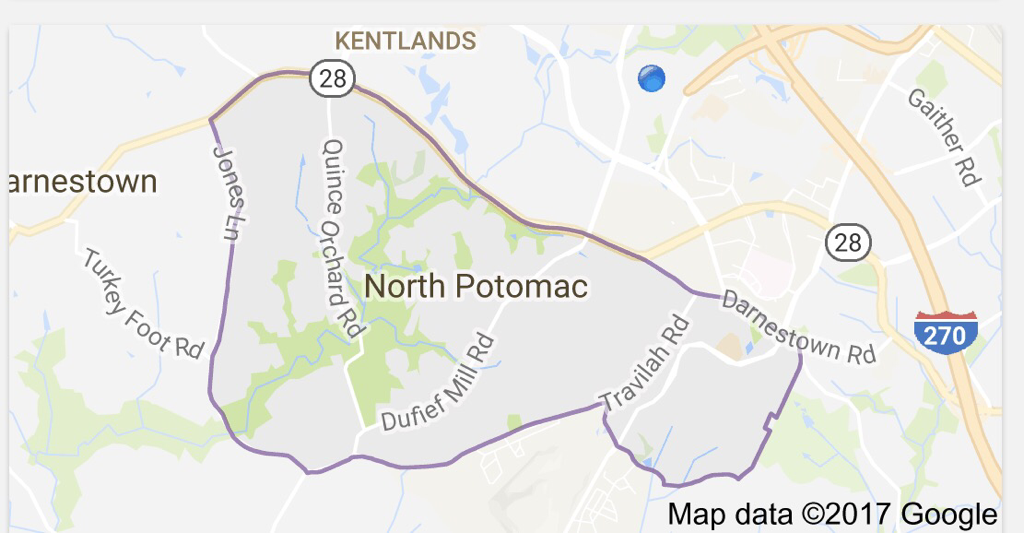 North Bethesda is not in Rockville city limits. North Potomac is not in Gaithersburg city limits. Neither area receives services from the cities most people associate them with.

The North Bethesda name has been around for over 50 years and North Potomac for over 30. For years, residents of both areas have argued that they just want an identity and that it wouldn’t make sense to consider themselves part of a city they’re not technically in.

When asked about a possible new name, she said “It wouldn’t matter. People would still push the Rockville and Gaithersburg angle, even though neither area is within city limits.”

We spoke with current North Potomac resident Rogi G. who is on the other side of this discussion. “I know this is Gaithersburg. Real estate agents created this to make a nice neighborhood and raise prices but I have lived in this area for many years and it is always Gaithersburg.”

“When I sell my home I will call it North Potomac.” he said while laughing.

Whether you’re for or against the names of the areas, there’s no question that they both actually exist. The issue for many seems to be why they have taken on the names their current names.

As places like White Flint Mall start to disappear and metro stations start getting renamed (White Flint station may soon be called North Bethesda station), future generations may begin to disassociate the areas with the cities many consider them to be a part of.

It’s all about inflating real estate costs, or up-scaling your own perceived “shi-shi-ness”, IMO.

For those of us locals who have been around since the 60’s (or longer), it’s kind of amusing to hear someone in Gaithersburg (off of, say Rt 124 or Rt 117) insist they’re in “North Potomac”. I’ll accept it goes up to Rt 28, but I’ve literally heard someone from (north) G-burg delightedly proclaiming they now live in North Potomac. I almost sprained an optic nerve rolling my eyes.

I lived in Silver Spring for ~15 years, and sometimes would tell people “Colesville” or “Cloverly”, two places people might recognize, to prevent them wandering around the intersection of Georgia Ave & Colesville Rd (10 miles away) wondering where my house was. Maybe I should have pushed for “South Ashton”, or “South Olney”? 🙂