Last week we reported that Hangry Joe’s Hot Chicken is also coming to the Montgomery Village Shopping Center. Hangry Joe’s will be located next to the upcoming Starbucks. Earlier this year Hangry Joe’s opened a location at 2533 Ennals Ave in Wheaton and has additional locations opening at 10050 Darnestown Road in the Travilah Square shopping center and at 718-B Rockville Pike.

BooBoo Pho and Hangry Joe’s are among several restaurants that are all expected to open in the redeveloped shopping center by the end of this year, as well as Antojitos Salvadoreños Isabel, Dickey’s BBQ, and Kobe Japan. Non-restaurant businesses coming to the center include The Joint chiropractic care center and Safe Splash Swim School. 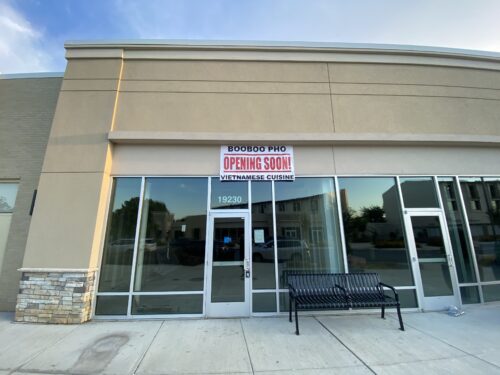