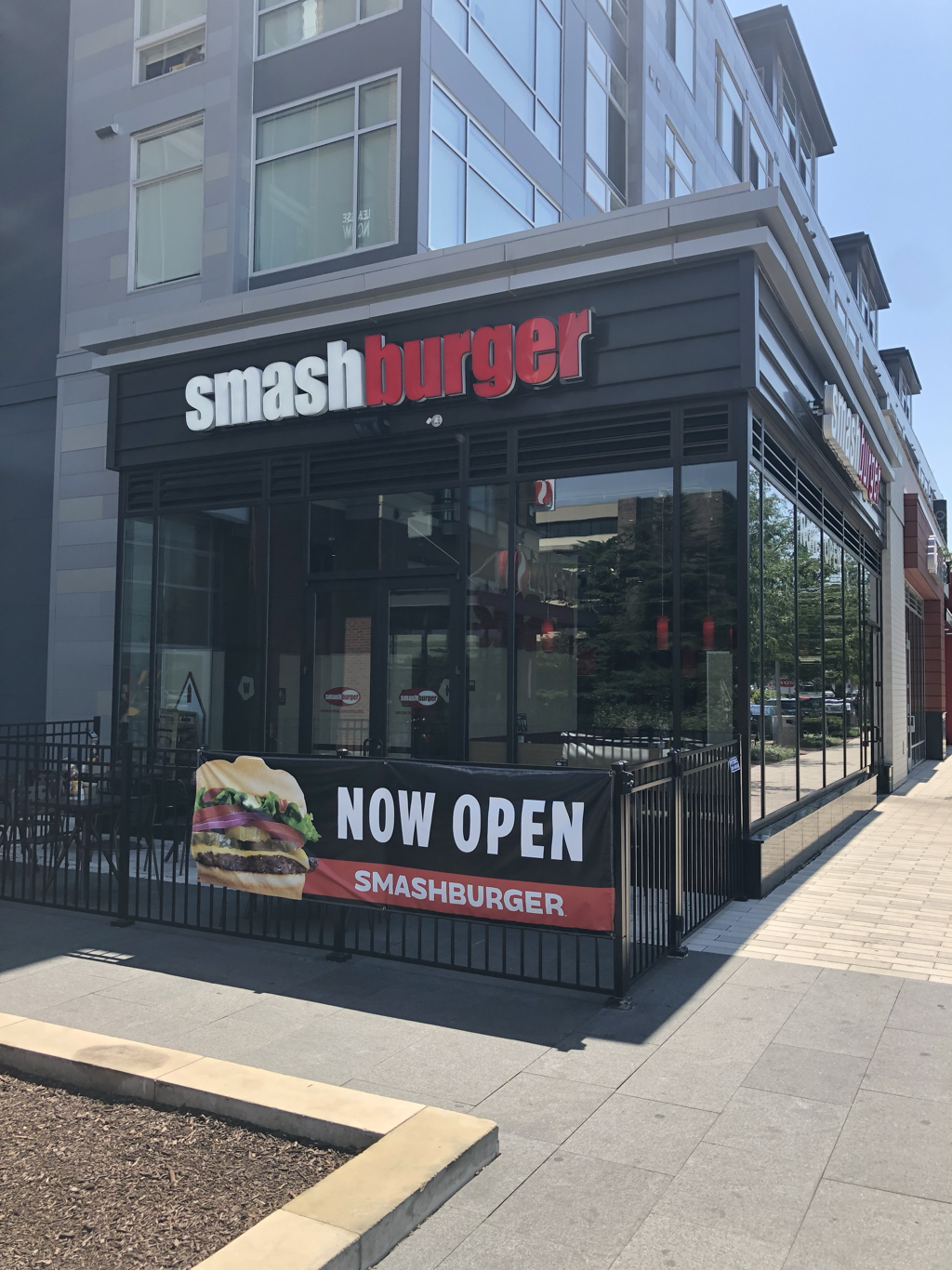 Smashburger was out of MoCo for almost five months following the closure of the Rockville location (1800 Rockville Pike Suite A).

Back in late March we were informed of an eviction notice posted on the door and the lights turned off. We were later told it was owned by a franchisee and that it would reopen as a corporate owned and operated store.

Soon after that, the location was removed from the Smashburger website and we even heard rumors about what could possibly be taking over the location.

Those rumors were out to rest last month when we were told that Smashburger would be re-opening it’s Rockville location. On Monday, 8/12, the restaurant was open for business.

We were told that it is under new management with new employees. Though the location is not currently listed on the Smashburger website and the phone number on the Facebook page is that of the old store, we were given the new phone number for anyone who may want to place an order: (240) 406-5114.

Be the first to comment on "Smashburger is Back in MoCo"