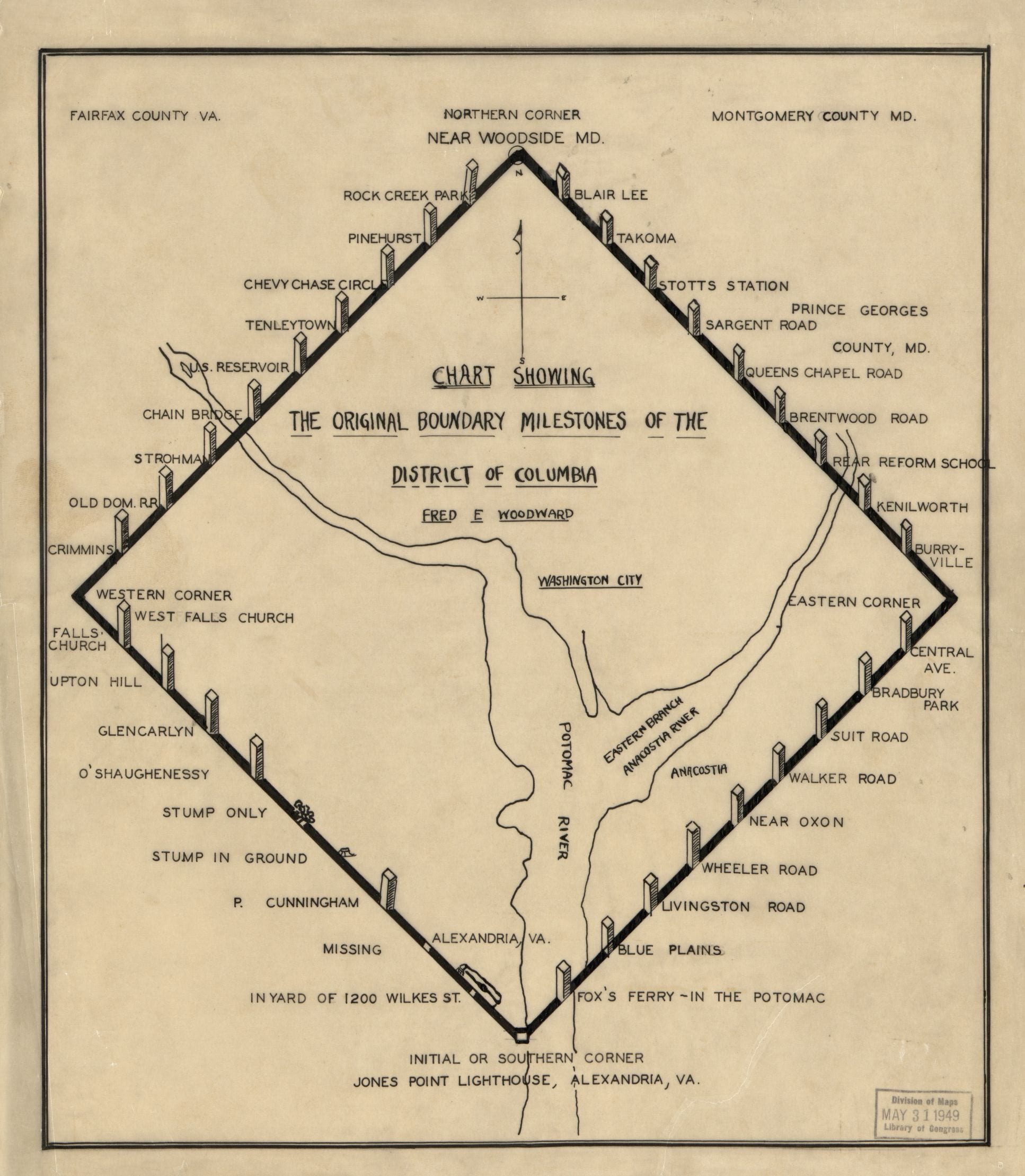 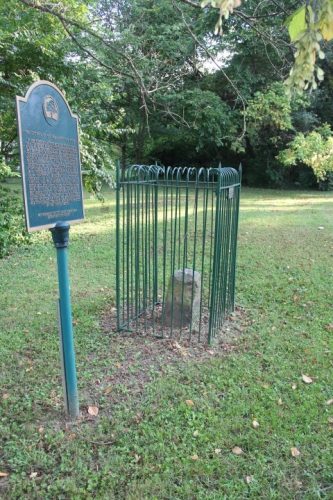 There are 40 “Boundary Stones” that mark the border of Washington, D.C., our nation’s capital. There is one Boundary Stone for every one mile on the District’s border, which is a ten mile by ten mile square.

There are a total of nine Boundary Stones on the border of DC and Montgomery County, mainly along Western Avenue, Eastern Avenue, and within the Washington Aqueduct.

These Boundary Stones were actually the brainchild of President George Washington, after he was commissioned to select a site for the new nation’s capital along the Potomac River. After selecting present day DC as the location, he then decided he needed to outline the border for the Federal City.

The Boundary Stones were placed by Andrew Ellicott and his brother Joseph, along with Benjamin Banneker, a free African-American astronomer and surveyor who helped with calculations.

The first Boundary Stone was placed on April 15th, 1791, and on January 1st, 1793, Ellicott handed the final report and final map to then Secretary of State Thomas Jefferson after all of the Boundary Stones had been placed.

The Boundary Stones marking the border between Montgomery County and DC are as follows.

Images Courtesy of the Washington Post and Ghosts of DC

The MoCoShow’s Nurit Coombe Named one of the D.C. Area’s Top Producers