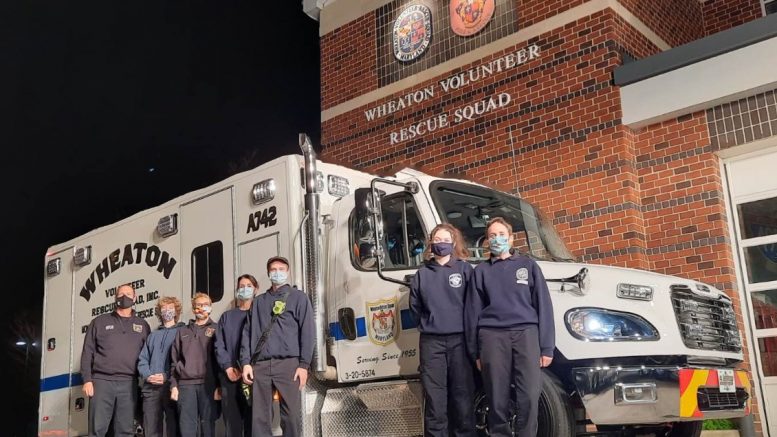 The Wheaton Volunteer Rescue Squad handles around 6,000 medical calls annually, making it the second busiest EMS Station in the County and among the busiest nationally. Their newest ambulance ran its first call, a seizure in Aspen Hill, just 15 minutes after being placed in service for the first time.

According to the Rescue Squad’s Facebook page, on its first night in service, the new ambulance was staffed by volunteer EMTs Rick Allen, Derrick Kimble and Co-Pilot Jacob Gardner.

The WVRS also owns and operates two Heavy Rescue Squads, two Paramedic SUVs, and a off-road UTV for accessing and treating patients inaccessible to traditional ambulances. The new ambulance cost slightly over $300,000 and like all of Wheaton’s fleet, is primarily funded through donations.

The new ambulance was manufactured by PL Custom Emergency Vehicles in Manasquan, New Jersey, and sold by Ron Willet of DPC Emergency Equipment.

Arson Investigation After Two Vehicles Are Destroyed By Fire