Patrick Behan is a former college basketball player whose life’s work has since been coaching high school boys basketball in the DMV. The former Montgomery County resident and teacher is currently serving in his 6th year as the head boy’s basketball coach at St. John’s College High School in Washington, D.C. The community has created a website, BehanStrong, and will hold a family friendly fundraising event on Saturday, September 17th, from 3pm-7pm at the Olney Boys & Girls Club in Olney that allows anyone interested to make donations directly to Pat’s trust to help him fight this battle.

In May of 2022, Pat was diagnosed with ALS (amyotrophic lateral sclerosis), also known as Lou Gehrig’s disease. While this has been a devastating diagnosis for everyone involved, Pat and those around him – his family and his close friends – have chosen to fight this disease head-on. Pat was born and raised in Leesburg, Virginia, and graduated from Notre Dame Academy (Middleburg Academy) in Middleburg, Virginia. He played college basketball at Bucknell and went on to play overseas in Germany.

After his professional career ended, he first served as an assistant boys basketball coach at Loudoun County High School in Leesburg. At that time, Pat was a teacher at St. Elizabeth’s School in Rockville from 2012-2014. He then served as an assistant men’s basketball coach at St. Mary’s College under head coach Chris Harney. He moved on to become an assistant coach under head coach Sean McAloon at St. John’s College High School in Washington, D.C. He went on to become head coach at St. Mary’s Ryken High School in Leonardtown, Maryland, a position he held for three years. In 2017, he returned to St. John’s to begin serving as head coach. At that time, Pat lived in Bethesda where he remained until 2021. He is entering his 6th year at the helm of the program, which includes hosting his annual summer basketball camps, as well. He plans to continue coaching this upcoming winter season and has coached and served countless young men who’ve gone on to play at the DI, DII, and DIII levels. In addition to coaching boys basketball, Pat has taught English and history courses at the high school level. He has also written for The New York Times.

A website has been created for Pat that is dedicated to educating the public about ALS, as well as providing a way to make donations directly to Pat’s trust to help him fight this battle. “Please take a look at the various pages and consider making a donation. Every dollar matters. To read more about the financial burden that comes with fighting this disease, click here.” 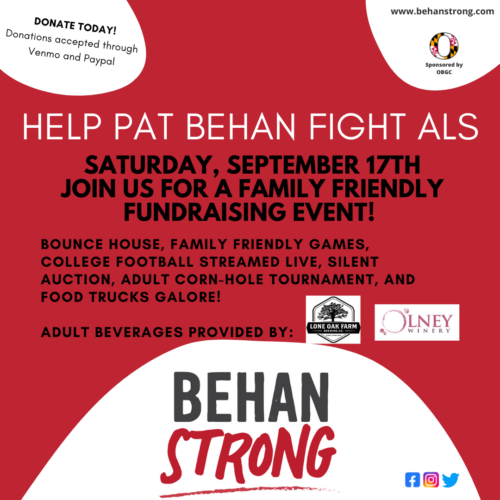 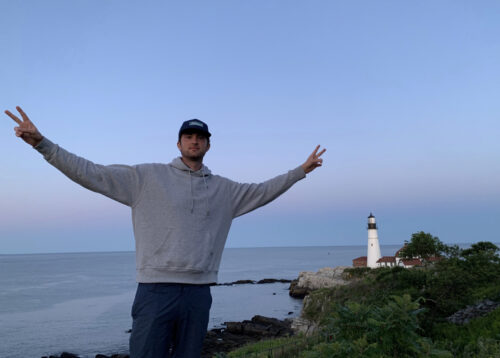 ‘Field of Screams’ Returns to Olney for 22nd...

Smoothie King is Coming to Olney