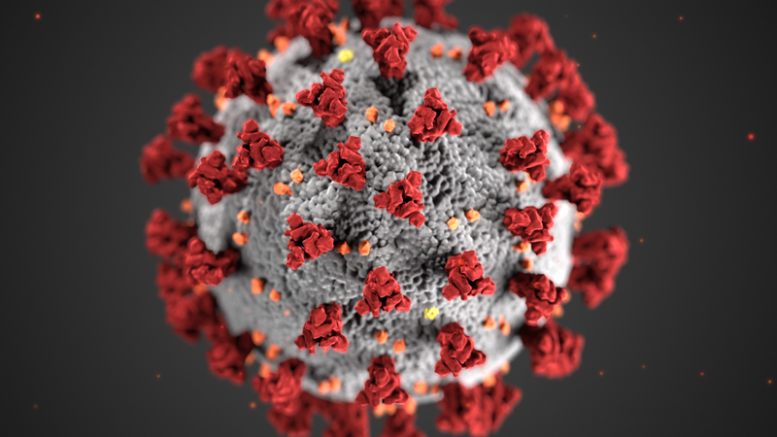 “State health officials have confirmed a case of COVID-19 caused by the new P.1 variant (known as the Brazil variant) of the coronavirus in an adult who has passed away following international travel. As we mourn the loss of this Marylander, we urge residents to remain vigilant.”

”The P.1 variant is believed to be more transmissible than the initial strain of the virus that causes COVID-19. Please continue taking precautions to slow the spread: wear your mask, wash your hands, and watch your distance.”

Per the State of Maryland:

Governor Larry Hogan today announced that state health officials have confirmed a case of COVID-19 in a Maryland resident caused by the new P.1 variant of the coronavirus, which is commonly known as the Brazil variant. The variant’s presence in Maryland was confirmed by the Maryland Department of Health in consultation with the U.S. Centers for Disease Control and Prevention (CDC).

Scientists are working rapidly to learn more about the P.1 variant, including how effective current vaccines are against it. The variant is believed to be more transmissible than the initial strain of the virus that causes COVID-19, but it is not currently known whether the P.1 variant causes more severe disease than other common variants. It is expected that currently available diagnostic tests will detect the P.1 variant.

The case announced today involves an adult older than 65 from the National Capital Region, who recently passed away following international travel. Comprehensive contact tracing efforts are underway to ensure that potential contacts are quickly identified, quarantined, and tested.

“State public health officials are closely monitoring the P.1 variant, and we mourn the loss of this Marylander to COVID-19,” said Governor Hogan. “As we continue to test for these variants, we strongly encourage Marylanders to continue taking precautions to keep themselves and their loved ones safe, including mask wearing, regular hand washing, and physical distancing.”

The new variant is one of the predominant strains in Brazil. It was first identified in the United States at the end of January.

While the case announced today was identified in an individual with a history of travel, many cases of variants of concern have not been connected with travel. These non-travel-related cases indicate that community transmission of other variants of concern may be occurring and reinforce the need for public health precautions.

The CDC tracks case counts of different virus strains identified in the United States on its website.

Gentleman Jim’s is On The Move

Be the first to comment on "Confirmed Case of P.1 Covid Variant (Known as the Brazil Variant) in Maryland Resident Who Passed Away"