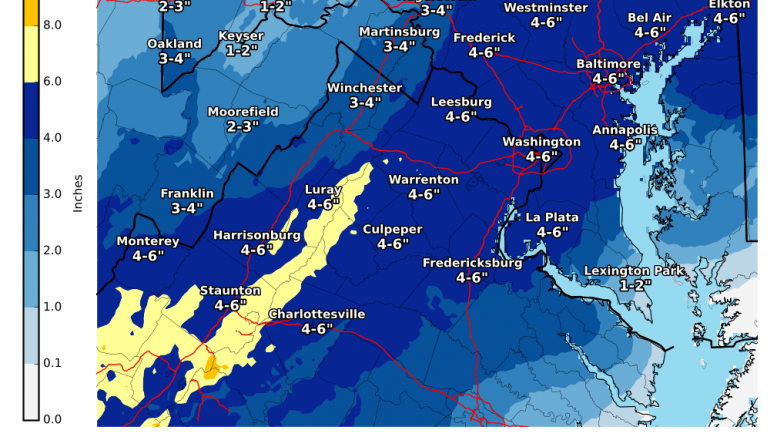 A Winter Storm Warning remains in effect from 3am tomorrow morning until noon (Sunday, 2/7).

The snow will move in by 3am and will likely be at its heaviest between 6am and 10am. It will start to clear out around noon.

We expect wet snow that may initially have trouble sticking, but could quickly become dangerous once the snow is at its heaviest.

The National Weather Service has kept MoCo in the 4-6” range in its expected snowfall map, but has decreased the high range to 6” and dropped the low range to less than an inch for most of MoCo (10% chance of each of these scenarios occurring). 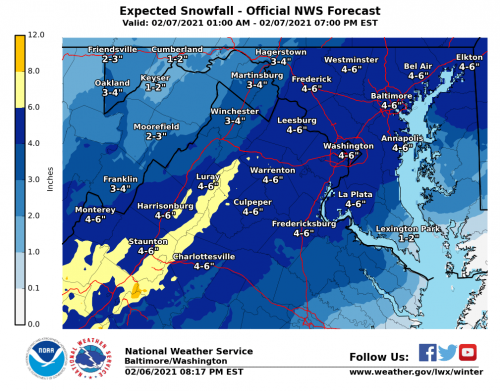 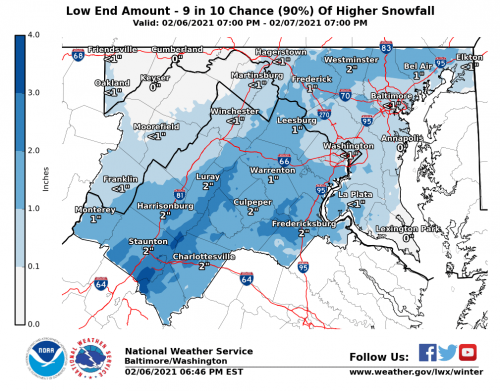 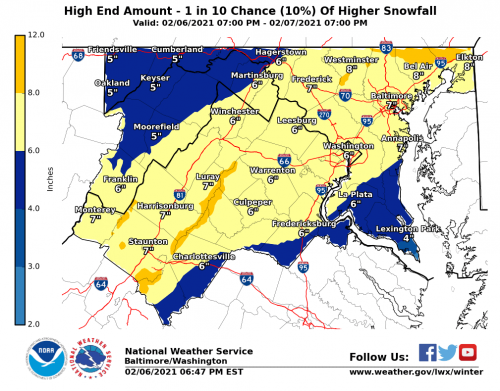 ABC7 and WUSA9 have both released updated maps. Both have us in the 2-4” range with WUSA adding a + to signify that we could see more. 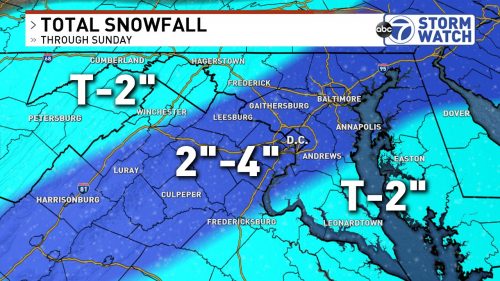 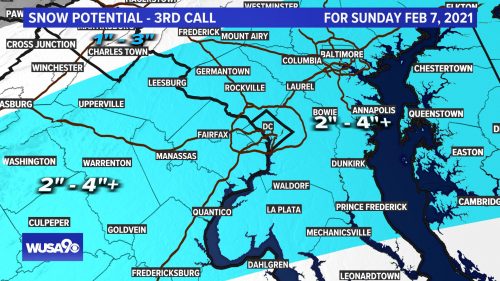 Most recent model runs have laid off the bigger totals that a few were displaying yesterday, which is why many outlets have decreased their expectations prior to the start of the storm.

This shouldn’t be a crippling storm, but cold temperatures into Sunday night and overnight into Monday can lead to some slick spots.

We may see more wintry weather later this week, so stay tuned!

Another one…Wednesday Night to Friday Storm