On Saturday, June 26th Wil Armstrong, a 2016 Damascus High School graduate, commenced his cross-country bike ride “Against the Wind” from Rehoboth Beach, DE. He is expected to finish 2.5 months later in Seattle, Washington. Throughout this journey, Wil is updating his daily blog with his progress, experiences, and updates on his banana consumption count. During his cross-country journey, he is crowdfunding for the ALS Association after seeing his mentor and former basketball coach, Rodney Lapp, go through it. 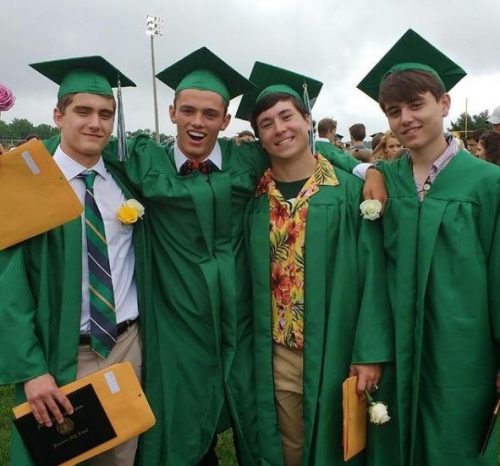 Wil played football for his high school’s state champion team and later played rugby at the University of Maryland. What started off as a high school job at Jimmie Cone carried over into his time at the University of Maryland, where he got his Master’s in Quantitative Finance through the Robert H. Smith School of Business through their Plus One program. With eight years under his belt, he was the Damascus Jimmie Cone’s longest tenured employee! How much more Damascus can you get?

When people ask Wil why he is taking on such an adventure he says, “Touring is a way to use my gifts to make a difference in the world, the stars are aligned, and nothing makes me feel more clear, focused, and alive.” 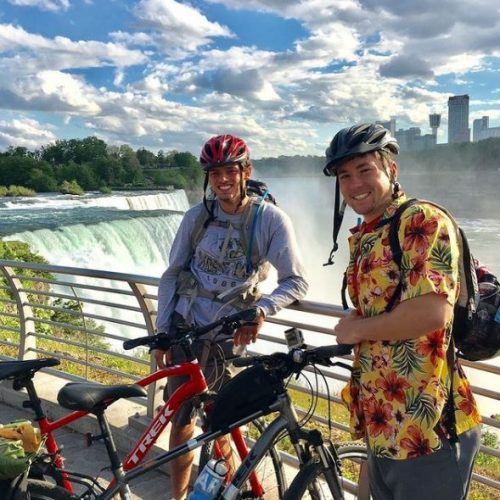 His sister Megan inspired his craze for fitness and his Eagle Scout days got him into exploring nature, camping, and cycling. Although he has an excellent fitness resume, which consists of biking from Damascus, MD to Ocean City, MD in a day (215 mi) and running his first marathon backwards, to prepare for the bike ride he read about athletes’ and Navy Seal wellness, focused on strength training, and learned new stretches to help with recovery.

Before starting his adventure, Jimmie Cone kick-started his fundraiser on Tuesday, June 22nd by matching the tips to donate towards ALS. He reached out to the outdoor equipment company Lone Peaks with his story and had about a thousand dollars worth of bags donated to him; which, he hopes to give a special in-person thank you in Washington.

The planning of this trip was like a full-time job back in March. He considered starting on the west coast. Wil decided to take on the challenge of biking against the wind patterns and wrapping up his tour while visiting national parks. Since he was limited to the summer months he is taking a far turn north to avoid the heat, which will allow him to bike one of the most beautiful roads in America, “Going-to-the-Sun Road” at Glacier National Park, Montana.

I had the opportunity of interviewing Wil Armstrong on day three as he was pedaling through Towson, MD. He said the Oliva Rodrigo album has been a frequent play and the Home Depot theme song “locks him in.” Last year it was on his Spotify top five most played songs and says he wouldn’t be surprised if he was in the top 1% of listeners. The Home Depot song has helped him get his mind off some tough hills recently. On his long rides, he listens to recommended audiobooks and listens to a lot of music suggested by those keeping up with his trip.

On his website, he encourages individuals to reach out and connect with him. His sleeping arrangements will mostly consist of camping and sleeping in his mosquito net-covered hammock, but accepts the courteous offers of mutual connections or anybody offering their hospitality even if it’s a couch to sleep on or back yard to camp in.

Wil’s Twitter (@wilarmstrongiv) automatically posts “Shared LiveTrack” links that update you on his location. You can learn more about Wil Armstrong and his journey on his website againstthewind.xyz

You completely missed the point about why Will is riding. Why not mention how under funded ALS research is? Will is riding to bring awareness to a horrible, 100% fatal disease, shouldn’t your article do the same?

This is an awful comment. I think the MOCO show connects things to MOCO. This is a wonderfully written article, Daniela. Thank you for letting us know. Wil is a former student of mine at Damascus!

I was diagnosed with ALS/MND last year in May 2019. our doctor put me on riluzole, letting me know there was no cure but the medication might provide me a few more months of delayed symptoms. ALS progresses at different rates and affects different body parts first. me being 60 at this time, fell into a category of what they call “fast progression” (older female). My arms weakened first, then my hands, my mouth, and throat, and finally my lungs. Throughout my two-and-a-half-year  ordeal, I  was able to walk with assistance until I was told to use Dr Amend herbal formula which helped me get rid of this ALS/MND totally after using it for just 12 weeks treatment plan. The total cure of Dr Amend herbal remediation brought me back to life again and terminate all the symptoms. I have a great herbal doctor, unique and honest….contact Dr Amend right now if you have same problem, WhatsApp him now via +2348073861816