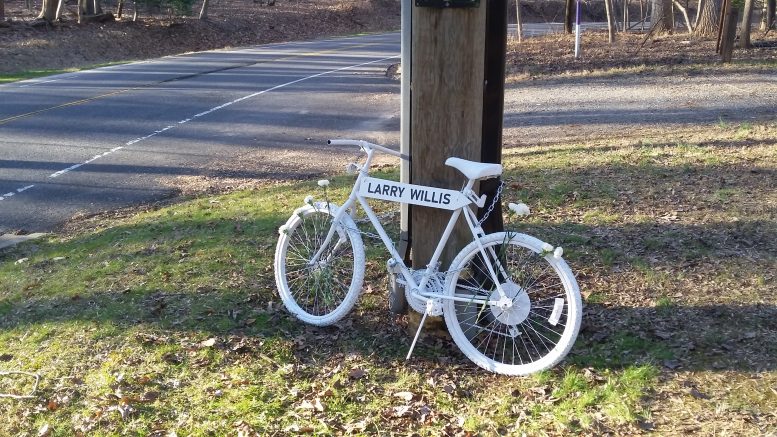 Featured Photo Courtesy of the Action Committee for Transit

There’s a new memorial on MacArthur Boulevard for a bicyclist who died after a November crash. Larry Willis, of Chevy Chase, died after being hit by a minivan while riding his bike in the 11500 block of MacArthur Blvd., approaching Great Falls Park.

This past weekend, the Action Committee for Transit and Washington Area Bicyclist Association hosted a memorial bike ride and event placing the Ghost Bike along MacArthur Boulevard in front of the Veterans Of Foreign Wars Post 53, at 11511 MacArthur Blvd.

Ghost Bikes are frequently placed as memorials at sites where bicyclists have died in crashes.

As the stretch of MacArthur Boulevard where the crash happened is federally owned, the crash is being investigated by United States Park Police, not Montgomery County Police.

Larry Willis is survived by his wife and their teenage daughter.