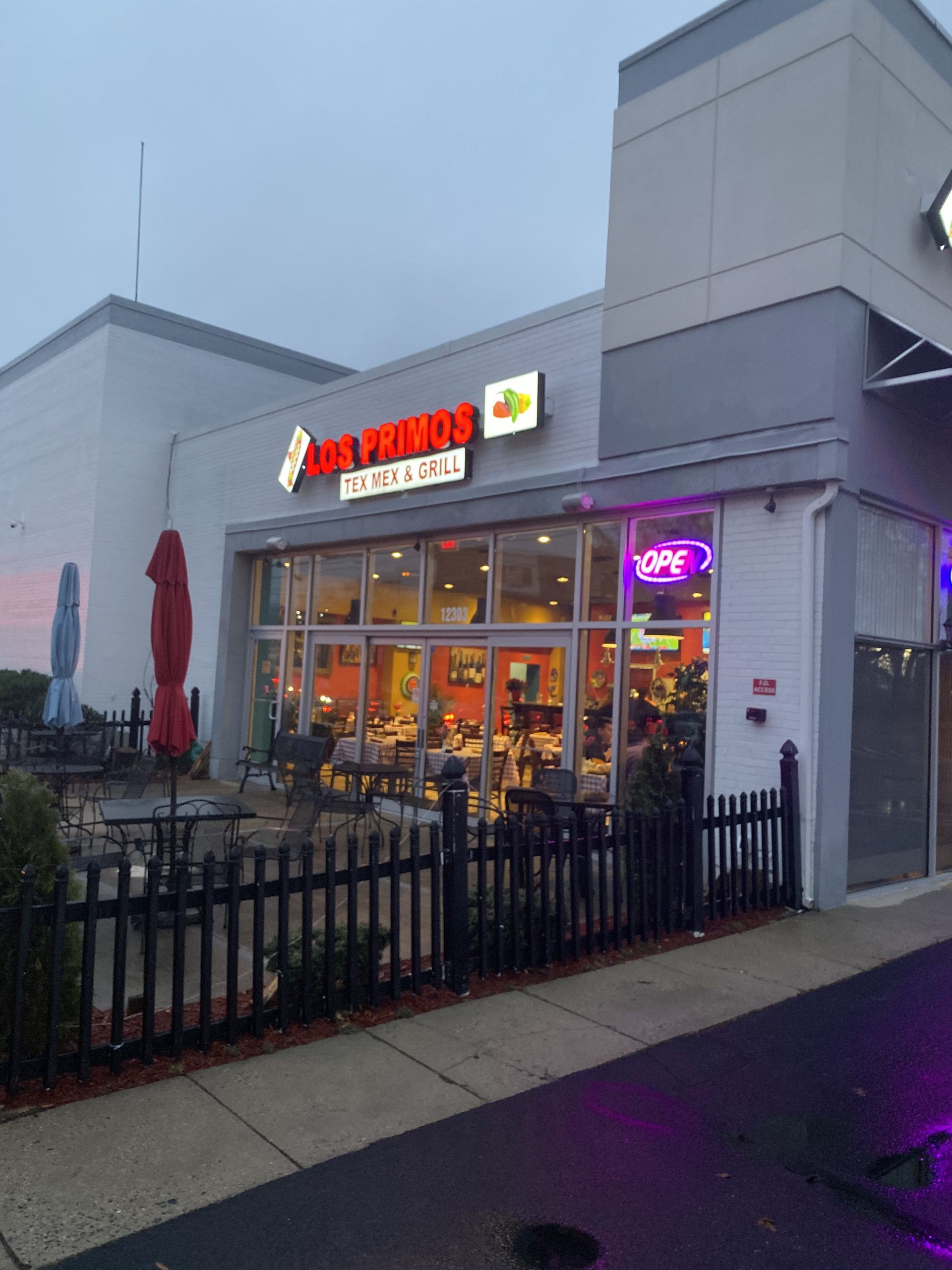 Last month we featured Rockville restaurant Los Primos as a MoCo hidden gem. It didn’t take long until many more noticed, as the restaurant has been included in a list of the “Top 100 Places to Eat in the United States, According to Yelp.”

Forbes released an article on based on Yelp data (ratings, number of reviews, etc.) used to create the ultimate bucket list of places to eat across the country.

Coming in at #95 was the lone restaurant to make it from Maryland, MoCo’s very own Los Primos.

Los Primos is tucked away at 12303 Twinbrook Parkway in Rockville– the former home of El Patio, Crust, and Siena’s Pizzeria.
In September of 2018 Ariel and Olga Villatoro took over the space and opened the restaurant. The Villatoros, who are natives of El Salvador, have spent a lot of time working in different restaurants in the past learning the ins and outs of the hospitality industry while pursuing their dream of having their own restaurant.
You can read our highlight of the restaurant here.
SHARE TWEET PIN

Jollibee is Coming to Wheaton Mall