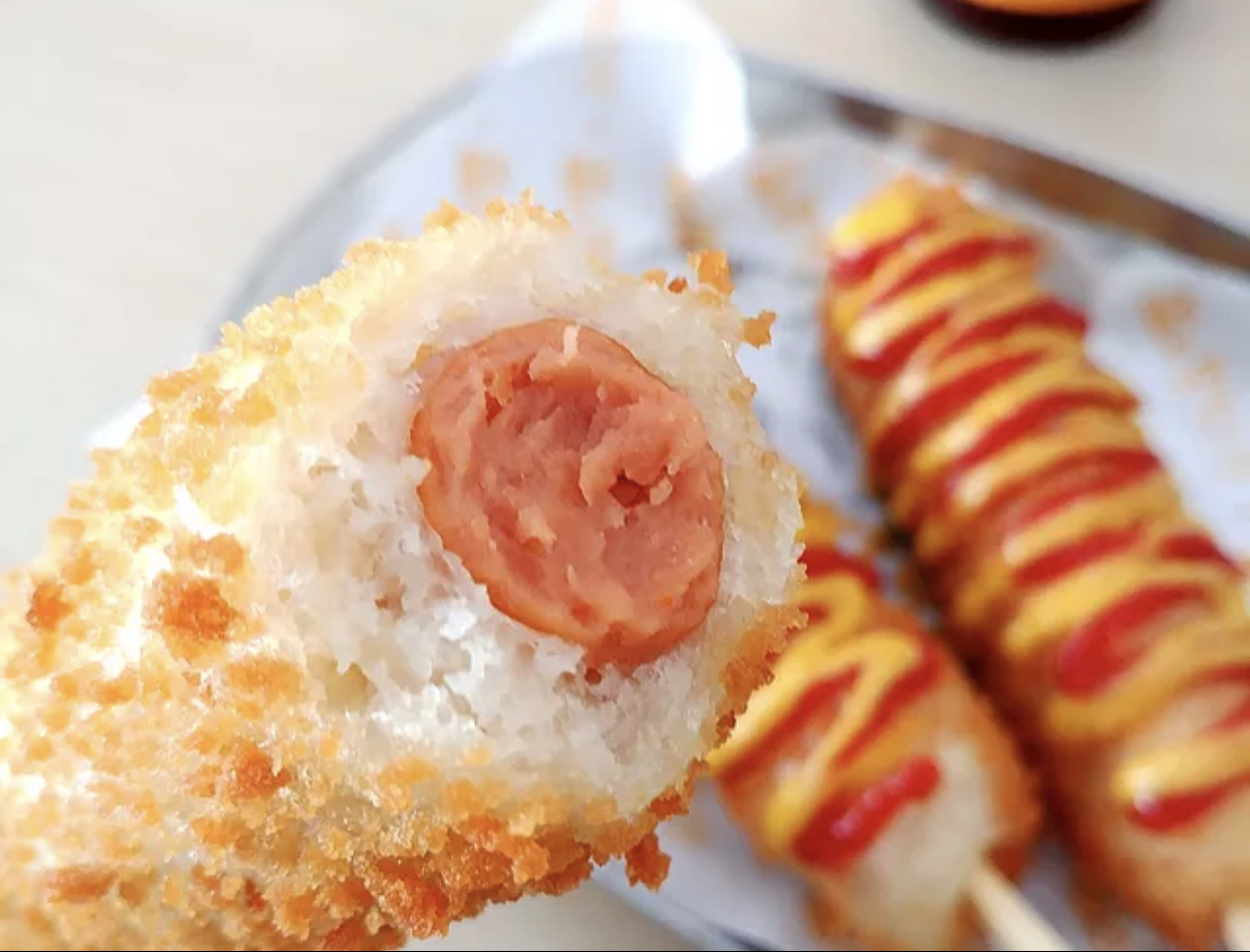 Ssong’s Hotdogs, a popular South Korean chain, is opening what was the second announced U.S. location in the Montgomery Mall food court. We’ve been told it will open next week (but no specific date has been provided).

The original plan was to open this November, but in October we were told there were a few delays with construction and that things were pushed back slightly. Thankfully for everyone waiting, it didn’t take too long

Ssong’s Hotdog is named after Ms. Ssong, who opened a restaurant that specializes in hotdogs and corndogs and “takes them to the next new level.”
They come in different sizes, shapes, and flavors and use regular, premium, and spicy sausages with a long list of other food items like mozzarella cheese, potato mozzarella sticks, crab sticks, rice cake sausages, and more.
You could enjoy sugar, ketchup,  mustard, spicy sauces, parmesan cheese, and many other sauces to highlight eye-opening and addictive tastea in these hand-made and freshly fried hotdogs and corn dogs.
Sausages are coated on-site with freshly made batter mixes and deep-fried right in front of you.
The first U.S. location is in nearby Columbia and the second recently opened in Illinois
More info can be found at https://www.ssongshotdogus.com/
Photo courtesy of Ssong’s Hotdogs
SHARE TWEET PIN

Updates on Six New Places Coming to the Kentlands Neighborhood

Be the first to comment on "Ssong’s Hotdogs Now Open"