Black History: African-Americans in MoCo Before the Civil War

The following comes from PLACES from the PAST: The Tradition of Gardez Bien in Montgomery County, Maryland by Clare Lise Kelly (M-NCPPC):

Though local tobacco plantations were small in scale compared to the large estates of the Deep South, they relied nonetheless on labor of enslaved people. In 1790, enslaved people were one-third the entire population in Montgomery County. The number of slaves exceeded that in Frederick County to the north (12%), but was not as large as its southern neighbor, Prince George’s County (52%). There were five times more slaves than free Blacks here in the 1840s-50s. The travesty of one person owning another and brutal treatment of enslaved people were realities of the county’s first 150 years.

Josiah Henson, an enslaved person in Montgomery County at the turn of the 1800s, described living conditions: “We lodged in log huts, and on the bare ground. Wooden floors were an unknown luxury. In a single room were huddled, like cattle, ten or a dozen persons, men, women, and chil- dren. All ideas of refinement and decency were, of course, out of the question. We had neither bedsteads, nor furniture of any description. Our beds were collections of straw and old rags, thrown down in the corners and boxed in with boards; a single blanket the only covering. The wind whistled and the rain and snow blew in through the cracks, and the damp earth soaked in the moisture till the floor was miry as a pigsty. Such were our houses. In these wretched hovels were we penned at night, and fed by day; here were the children born and the sick—neglected.” Henson’s memoirs inspired Harriet Beecher Stowe to write Uncle Tom’s Cabin. On Old Georgetown Road, the Riley House with attached log kitchen survives from the Riley plantation where Henson was enslaved for some 30 years.

Most plantations had much smaller populations of enslaved people than those found further south. Over half had five or less, and three quarters had nine or less. An exception was Allen Bowie Davis, who enslaved about 100 people in the 1850s.  Quarters for enslaved people still stand at Davis’ Greenwood property, north of Brookeville. They are further discussed in the chapter on Outbuildings.

Members of Quaker and German communities opposed slavery. The Quaker community of Sandy Spring was home to the first freed slaves in the county. In the 1770s, Sandy Spring Quakers freed Blacks and conveyed land for a church and dwellings. The earliest black congregation in the county was established at Sharp Street United Methodist Church in 1822. Originally housed in a log building, the church was replaced in 1886 by a frame structure that burned in 1920. The present church was con- structed in 1923. In the western county, early free black settlements included Big Woods (1813) and Mount Ephraim (1814). Elijah Awkard of Big Woods was owner of one of the largest tracts of land (163 acres) for a black person in the late 1850s. In 1860, over 1,500 free Blacks lived in Montgomery County.

Vast numbers of fugitive enslaved people passed through Montgomery County on the Underground Railroad, an organized system of escape run by volunteers who sheltered, fed, and transported escaping slaves to destinations as far north as Canada. A primary factor behind the Underground Railroad was the supportive Quaker community which aided fugitives. Tradition holds that, among others, the enslavers of Sharon Bloomfield, and Mount Airy assisted runaway enslaved people. 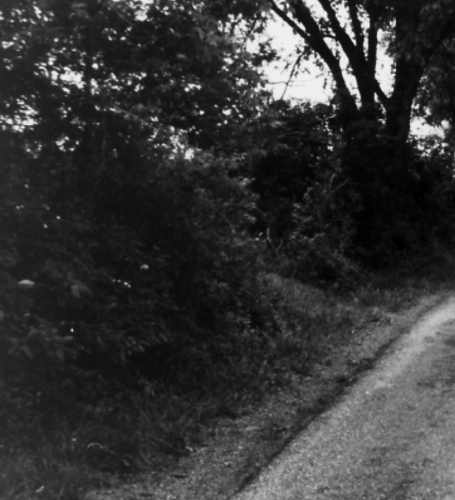